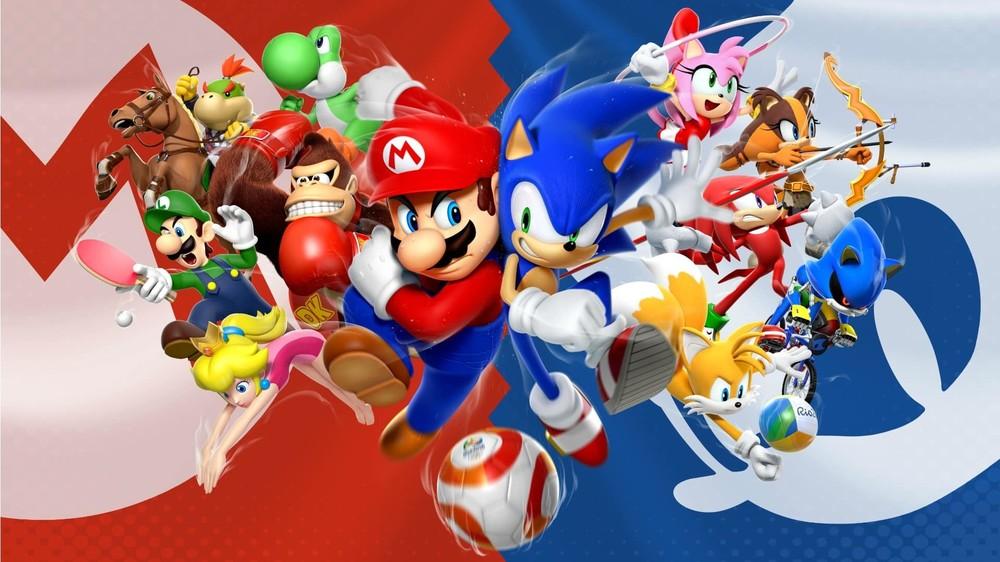 Why Is There No ‘Proper’ Olympics Video Game in 2016? published by nherting
Writer Rating: 2.6364
Posted on 2016-08-03
Writer Description: current events
This writer has written 195 articles.

With the Olympic Games in Rio starting on August 5, you'd be forgiven for expecting to see a tie-in video game stacked in specialist stores and supermarkets alike. Riding high in the chart, no doubt, and rubbing shoulders with FIFA, Minecraft and whatever shooter's got a deal on at the moment. Proud and muscular figures staring out from its sleeve, all strong chins and bulging thighs; athletes at the peak of their physical prowess, at the top of their respective sports. It's not like it's unprecedented: ever since 1992'sOlympic Gold and its digits-knackering A-and-B-button-bashing sprints, there's always been an officially licensed game available to coincide with the Summer Games.

But in 2016, that game is nowhere to be found. All that's available is the Sega-developed, Nintendo-published (still sounds weird) Mario and Sonic mash-up,...at the Rio 2016 Olympic Games, out now on Wii U and 3DS. It's just as official as Olympic Gold was in terms of earning its Rings, but instead of starring real-life sportsmen and women, or at least anatomically accurate analogues of them, it rounds up a raft of characters from said platforming et al franchises and pits them against each other across events such as archery, rugby sevens, table tennis, and beach volleyball. I've dipped a toe into what it has to offer through the 3DS demo, which allows free access to boxing and the long jump. It's fine, you know; it works, and I can imagine that the full game would distract me for a fair few flights, given the chance. But there's something really missing for me.

And that's the athletes. But the Mario and Sonic games, while giving off the impression of being arcade-style knockabouts with little connecting their gameplay to that of more traditionally stylized multi-event sports games, actually don't play too dissimilarly to the "realer" deal (occasional power-ups aside). And perhaps that's why, in 2016, there's no need for a "proper" Rio 2016 game: even if there was a companion title with the same disciplines included, but you controlled Usain Bolt—or someone designed to look and act like him – instead of Bowser and Robotnik, how it played would most likely be incredibly close to the Nintendo platforms-exclusive titles bearing cartoon avatars.

But when we see the furore over who's going to be on the FIFA cover each year – fans of the series have voted Marco Reus the global star for 2017's edition—and the additional visibility that affords the chosen one, or some, beyond their own sports-specific audience, you've got to wonder what featuring a rising sprinter, javelin thrower, or swimmer on the sleeve of a non-Mario Olympics game would do for their career prospects. Do you know who Fabrice Lapierre is? I didn't until a cursory internet search told me that the Australian could well light up the men's long jump in Brazil. Who's Chad le Clos to anyone who doesn't regularly follow the swimming world? (Turns out he won the 100- and 200-meter butterfly at London's 2012 Games.) English Gardner, anyone? She's maybe the fastest woman in the US right now, over 100 meters.

None of these people are truly household names, in the way that Sonic and Mario, orMessi (definitely) and Marco (possibly, certainly soon to be) are. Back in 2008, for the official Beijing Summer Games tie-in, then published by Sega, shot-putter Reese Hoffa and swimmer Amanda Beard, both Americans, appeared on its cover, doing wonders for their public recognition across the world. That the game in question was multi-format, on Sony and Microsoft consoles and PC—the Wii and DS got their Mario and Sonic games—furthered its reach in a way that no Nintendo-only release can aspire to. The stateside cover for London 2012 also featured a quartet of Team USA contenders, depicted as titans, towering superhumans, above landmarks of the English capital.