India's Got a Vape Problem 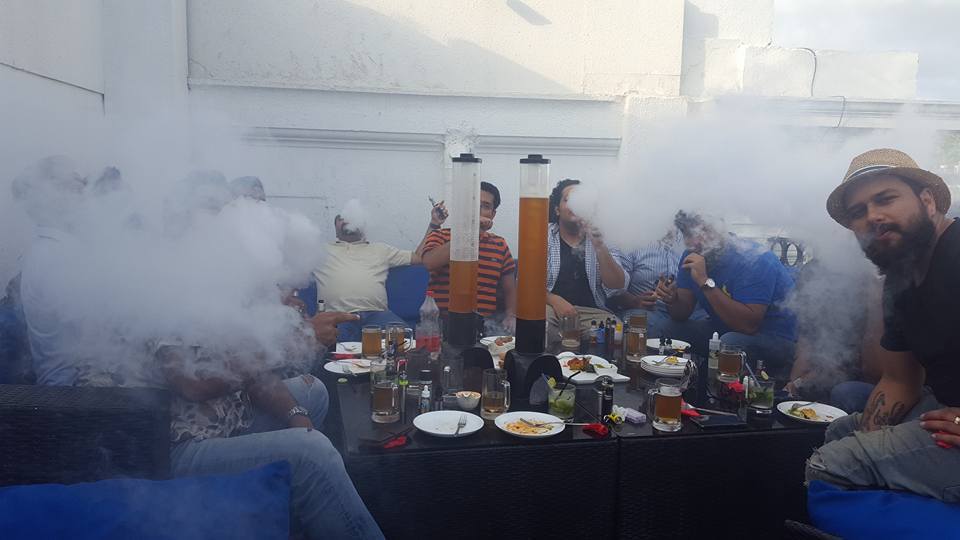 Two years ago a drug inspector raided a small crockery shop in Mohali, a city in India’s northern state of Punjab. He found a single vape and eight cartridges, or refills for nicotine, near the window of the store. In April of this year the state of Punjab arrested and convicted the shop’s owner, Parvesh Kumar, for allegedly selling and using vapes.

India is home to more than 108 million smokers, making it the second largest smoking population in the world. Smoking is at once taboo and pervasive, and it’s not limited to cigarettes: Indians smoke hookahs, beedis (flavored, unprocessed tobacco cigarettes), and weed. Some people use opium, hash or cheroot. There’s also a prevalent gutka (chewing tobacco) and betel leaf chewing habit that leaves telltale signs on people’s teeth. So it’s no surprise that vaping, less harmful than most of these habits, is gaining steam.

Kumar, a 25, was the breadwinner in his middle class family. After his shop was raided, he spent two years worrying about his fate as his court case languished in the Indian justice system. Then this spring he was convicted and sentenced to three years in prison, with an additional fine of 100,000 rupees (about $1,500) for selling the vape and cartridges.

But Kumar’s attorney, Navin Behl, said there are no grounds for his client’s arrest. He argued that Kumar was trying to quit his smoking habit with the vape, not sell the single piece he had in his cookware shop.

“There is absolutely no definition or mention of vapes or electronic cigarettes under any Indian penal code, amendment or law,” he said. “The [state] Drug Controller has clearly exceeded their juridical powers in conducting the raid because e- cigarettes [for personal use] are not banned in India yet.” Behl also argued that Kumar’s neighbors, who had ties to the police, had set up Kumar because of a personal argument between shopkeepers.

Because of the inconclusive evidence, Kumar was granted an appeal almost immediately after his conviction. So he is currently out on bail until the High Court reviews the case. He declined an interview with Motherboard, citing stress and trauma over his pending case.

Like most countries, India has yet to solidify its laws on vaping. A handful of states, including Punjab, currently ban the import, distribution and sale of electronic nicotine delivery systems. And in 2013 the state drugs controller listed e-cigarettes and vaporizers as “unapproved drugs”. But private consumption of nicotine or vaping itself is not defined under any law in India. So the relatively small, but growing, community of vapers in the country is operating mostly through online purchases.

India has a history of draconian legislation when it comes to drugs and alcohol--some of which has worked against the country. There are four states where alcohol is banned, giving rise to an underground market for moonshine. And the country’s decision to crack down on opium ended up hurting the medical system by starving chronically ill patients of painkillers like morphine.

Vaping advocates are worried that Kumar’s arrest would build on those laws and set a new precedent. And it has already taken a toll on India’s nascent vaping community. “The arrest has threatened my business, but as I pay all custom duties, taxes legitimately and have my certifications as the official reseller of premium e-juices and original equipment and sell only in states that have not banned it yet, I am not worried,” said Angad Kandhari, the CEO of Dampf Company, an online vendor of vapes and other similar products.

Meanwhile, state government officials are still celebrating the arrest, partly to reclaim their control of Punjab’s drug situation. The state has come under fire in recent years for a huge heroin problem, and opioid addiction. And the health department has been trying to combat the trend with persistent public health messaging and strict regulation. Punjab state won the World Health Organization’s World No Tobacco Day award for banning the sale of loose cigarettes, loose tobacco and chewing tobacco in 2015.

”Punjab, with this conviction, has show the way to the entire country to end the nicotine-delivery devices sold in the form of e-cigarettes,” said Vini Mahajan, principal health secretary of the state’s Family Welfare Department, in a statement.

Kumar, to his misfortune, was the sacrificial lamb.