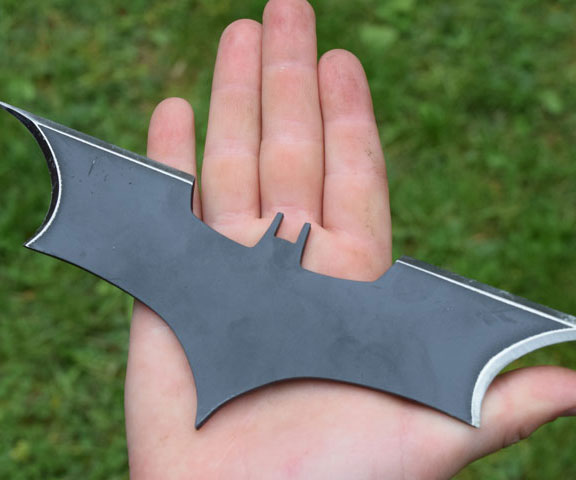 The Dark Knight attempted to rise again earlier this week — but not in Gotham. Police in Seattle arrested a 23-year-old man who allegedly threw an iconic Batman weapon at their vehicle during a pursuit.

The weapon — known as a "Batarang" — was a metal, bat-shaped object reminiscent of a ninja throwing star. No one was hurt, but the Batarang was stuck in the front grill of the officers' police cruiser.

Police said the incident began when the man got into a confrontation with a bar bouncer and threatened him with a makeshift spear made from a stick and a pocketknife. When the cops arrived on the scene, the man reportedly fled before throwing his Bruce Wayne-inspired weapon at them.

The Batarang was about six-inches long and the spear he used to threaten the bouncer was about nine-inches long. The man faces a felony assault charge, and potentially weapons and obstruction charges as well.

It's still unclear what led to the bouncer confrontation, but the police did clarify one important detail: This man was not the real batman.