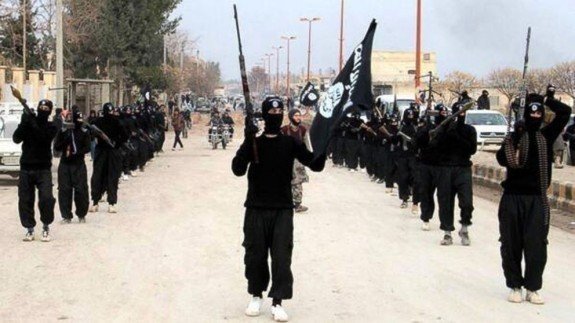 In February this year, Gregory Hubbard, also known as "Jibreel," told an FBI informant that he wanted to bring America to its knees, and that it would make a "big splash" if the "soccer team" attacked the Pentagon.

"The soccer team" — according to the criminal complaint filed against Hubbard and two other men in Florida on Friday — is a euphemism for the Islamic State. "Hubbard made an exploding sound when talking about the Pentagon attack," the complaint states. The FBI informant explained to Hubbard that the Pentagon was a difficult target. Hubbard concluded that the White House would be a better alternative.

The undercover informant, identified as CHS (Confidential Human Source) in the complaint, got to know Hubbard, 52, from Lake Park, Florida, over the course of more than a year.

In April 2015, Hubbard allegedly told the informant he wanted to travel to Syria and fight alongside IS, and shared the group's e-book manual with him. In the following months, Hubbard introduced the informant to Dayne Antani Christian, 31 (aka Shakur) who was reportedly in contact with an IS fighter on the ground in Syria.

Hubbard also introduced the informant to Darren Arness Jackson, 50 (aka Daoud). On the day they met, Hubbard, Jackson, and the informant went to a local shooting range to conduct target practice. There, the complaint alleges, Hubbard and Jackson shared their fears that others at the shooting range were training to kill Muslims.

Over the following months, the alleged terror plot began to unfold. The 22-page complaint is packed with incendiary allegations, including that the three suspects expressed their approval for the attacks in San Bernardino, California last December that left 14 dead and 22 injured. They also allegedly praised the recent truck attack in Nice, on police officers in Baton Rouge Louisiana, and on the Pulse nightclub in Orlando, Florida, that killed 49.

The suspects also talk about wanting to gun down US military personnel and praised Nidal Hasan, the US army major and psychiatrist who opened fire at the Fort Hood army base in 2009, killing 13 and wounding 30.

Hubbard also told the informant that Christian was in the process of radicalizing another individual by showing them videos of sermons by Anwar al-Awlaki, a radical Yemeni-American imam who advocated attacks on the West in radical, English-language Internet sermons before being killed in a US drone strike in 2011.

On June 7 of this year, the informant and Hubbard booked round trip tickets on flights from Miami to Berlin. From Berlin, the FBI says Hubbard planned to take a train to Istanbul and then continue overground into Syria. He was hesitant about booking the train, according to the complaint, because he didn't want to attract the attention of the authorities.

Several pages of the complaint are devoted to the men's alleged intention to get weapons training before leaving for Syria. The informant allegedly drove to Christian's house and collected an AK-47 which was swaddled in a sweater, at Hubbard's request. After July 9, the men, including "another known individual" practiced firing assault rifles and pistols in a remote wildlife area of South Florida.

On July 21, Jackson allegedly drove Hubbard and the informant to Miami airport. They checked in and after passing through TSA security, authorities arrested Hubbard. Jackson was arrested outside the airport, and Christian was arrested where he worked. All three have been charged with knowingly conspiring and attempting to provide material support and resources to IS. Christian, who had a previous conviction, was also charged with being a felon in possession of a firearm.