No Man’s Sky’s PC patch is out now 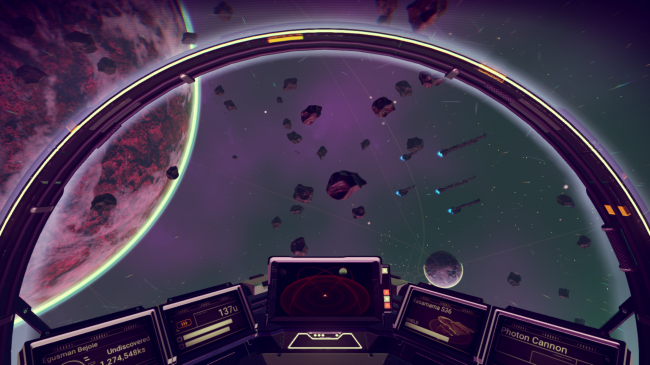 It’s still without patch notes, but the PC version of No Man’s Sky’s 1.04 patch is now live. The patch—which went into testing earlier this week—aims to address the game’s launch issues which included poor performance, stuttering, FPS drops and screen-tearing for some players.

In his No Man’s Sky review, Chris made mention of the latest PC patch’s effect. On his system (Intel i5-6600K @ 3.50 GHz, 8 GB RAM, Nvidia GeForce GTX 980), he appeared to enjoy a solid performance that typically boasted up to 75 FPS, however did note that he experienced the odd drop to 20-30 prior to the patch. It appears to have sorted that out, but that’s not to say all has been sorted.

“I played NMS for a couple days on PlayStation 4 before the PC release, and I thought for sure the late texture pop-in wouldn’t be so bad on PC,” remarks Chris in his review. “But it’s constant, on every planet I fly over and land on. Not only when rocketing at top speed over hills and caves but also when drifting slowly and landing, and even when walking and sometimes just standing still and turning around—the slow materialization of landscape features is ever-present.

“Flying from the surface of one planet and landing on another with no loading screens may technically be seamless, but watching half a mountain slowly form itself in front of my visor doesn’t make it feel that way.”

Murray maintains the vast majority of players are now playing No Man’s Sky without issue. “It's pretty crazy for us how many people are playing,” he adds viaTwitter. “And how large a number even 1% of that user base is. We're totally focused on customer support right now. Then we'll move onto improving and adding features to the game.”