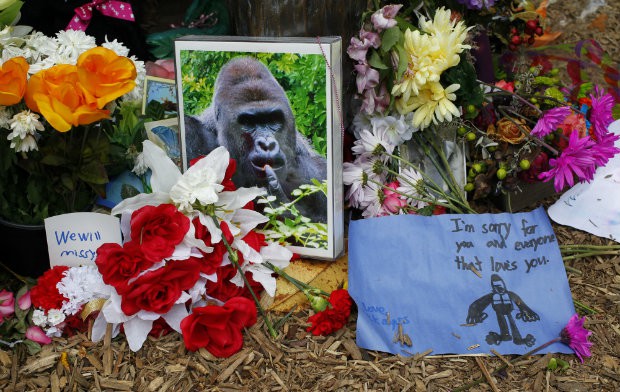 The zoo offered no explanation for deleting its popular social media account — and with it, all of the cute photos of baby flamingos and giraffes. The decision follows weeks of relentless harassment over the fatal shooting of the 440-pound gorilla that grabbed a 3-year-old boy who snuck into its enclosure.

The zoo’s disappearing Twitter trick did not escape the watchful eyes of followers and inspired only more scathing remarks.

Harambe’s death in late May ignited a whirlwind of memes nominating the gorilla for president, pleading for his resurrection and taking aim at zookeepers for firing the fatal shots.

Thane Maynard, the zoo’s director, addressed the blowback in a statement Monday saying “we are not amused by the memes, petitions and signs about Harambe.

“Our zoo family is still healing, and the constant mention of Harambe makes moving forward more difficult for us,” Maynard wrote. “We are honoring Harambe by redoubling our gorilla conservation efforts and encouraging others to join us.”

The pro-Harambe campaign culminated in an embarrassing hack for Maynard; his Twitter account turned into a fanciful tribute to the fallen gorilla over the weekend.