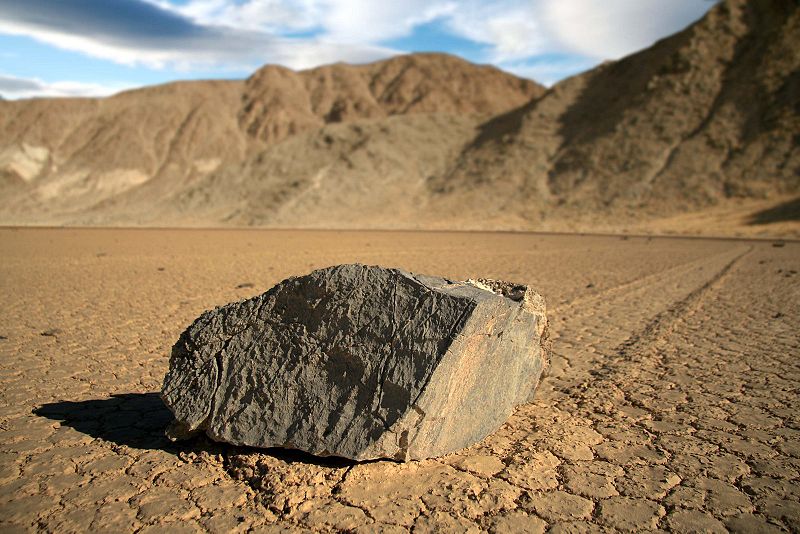 GEOLOGY (OR, MORE properly these days, geosciences) is a field that most incoming first-year students have little experience with. Maybe they had a rock collection, maybe they took AP Environmental Science. Maybe, if they were lucky, they had a high school teacher with some training in the field. However, most of the time, geology is faaaaardown the list of disciplines that any first-year might think to study … and the field doesn’t even cross their mind before they graduate.

That, my friends, is a mistake. Few disciplines in today’s world play such a significant role in how society operates and what we can do to protect our future. Few fields of study can play such a profound role in protecting people’s lives on a daily basis, whether you realize it or not. And few can bring together so many disparate ideas, from sciences to social sciences to humanities to the arts, like the study of the Earth can.

I’m looking specifically at you, Mr./Ms./Mx. “I don’t like science.” Science is all around you, and understanding how the planet on which you will (likely) spend the rest of your life is pretty important. You make decisions every day in which geology was a factor somewhere along the line, so if you are ignorant of those ideas, you might not be making the right decision.

So, what do I mean? Here are some of the ways that taking a course in the geology will impact your life for the rest of it.

Time: Humans tend to not be great about thinking on long timescales—that is, anything longer than maybe their own lifespan. In geology, that is a merely a flash compared to deep time. Deep time is the timescale that takes us back over 4.5 billion years to the formation of the planet. So, while 100 years might seem like a long time now, take a geology class and you’ll be thinking about events that happened 10,000 or 100,000 or 100,000,000 years ago … and that gives you perspective about events happening on our planet today.

Space: Geology is also a discipline that gets you to think about many scales of space. Need to understand the evolution of a continent? We got that. Need to think about how isotopes of an element go into a crystal when it forms? We got that too. Best part: You likely need both ends of the size spectrum to solve problems.

Observation: Many science fields are very theoretical (I’m looking at you, physics … with apologies to the astronomers). That’s great and all, but if all the equations aren’t your bag,* geology is chock full o’ observing. It is these observations that are the backbone of the field, both in looking at a static landscape like the folds in a mountain belt and at active processes, like a landslide or an eruption. Satellites have opened up a whole new world of observations that unlock geologic problems … and offer us tantalizing new ones to examine. The field is a visual one!

*author’s note: contrary to popular belief (at college), geology is not an “easy” science. We do math! We do chemistry! We do biology! We do physics! We do archeology! But if you’re in college to do stuff that’s easy, you’re doing it the wrong way.

Thinking globally: You can’t really avoid thinking about the planet when you study geology. Now, it might not be the surface of the planet—lots of geologists study parts of the Earth deep beneath our feet (I’m talking thousands of kilometers down)—but that’s OK. You’re still thinking on a global scale. Ocean circulation, volcanic ash in the air, plates colliding, earthquakes rattling the planet. All these things (and more) are processes that geologists contemplate on a global scale.

Getting outside: Best thing about thinking globally and wanting to observe the world? It gets you outside. Most geologists covet their time doing “field work” and if you are a geology major, you’re likely going to head off at some point to do “field camp” (where you learn the secrets of mapping the Earth) or “field research,” where you can make observations, collect samples, and think about geologic processes all while hiking some of the most spectacular landscapes. Places I’ve gone as a geologist include the high Andes of Chile, New Zealand, the Cascades in western North America, Hawaii, the coast of Maine, the deserts of California and much, much more.

Climate: Now, so far I’ve talked about all the fun parts of geology. However, if you’re looking for work that is important to you, your family and society across the planet, geology is the place to be. First off, geology is ground zero for understanding climate change across the history of Earth. We’ve been studying the variation in the planet’s ecosystems for two centuries now (heck, paleontology helped start the discipline) and can look back billions of years to see how the climate has varied. This gives us that evidence to show how much our current climate is likely in a state of distress. Geology is also how we can understand what the impact of climate change will be on our planet, both in the short- and long-term.

Hazards: If you take geology, you’ll find out about all the ways the planet might be trying to take you out: eruptions, earthquakes, landslides, floods, sinkholes, tsunamis, and more. You’ll also learn how geologists are trying to protect people from perishing in such disasters by better understanding their impacts and assessment of their risk to lives and property. More importantly, you’ll realize how to protect yourself. Buying a house? Maybe you should check to see if you’re on a floodplain. Is the house in an earthquake-prone area? Is the hillslope stable behind the place? Geologic hazards will impact you at some point, so understanding them puts you ahead of the curve.

Resources: Take a look around you right now. I’d venture to say that much of what you see came from a geologic deposit at some point. Copper wires? Maybe from the copper deposits of the Andes. Steel for your car’s frame? Maybe Minnesota. Your iPhone is chock full of rare earth elements that likely came from Chinese carbonatite deposits. The power for your house may be coming from a range of geologic resources: coal (yes, sadly) or uranium (better) or hydro-power. If you study geology, you’ll start to realize the impact that extracting these resources has on the planet (and people) so you can make more sustainable decisions. You might even get a job in geologic resources (and trust me, it is profitable—a practical reason to take geology: to get one of the many high-paying entry level jobs out there).

Synthesis: However, to me, one of the key reasons to take geology is to start thinking about lots of ideas all at once and begin to synthesize the information. If you really want to understand the hazards posed by a volcano, you’ll need to understand magmatic processes that form the magma and allow it to erupt, how that stuff that erupts moves across the Earth’s surface, what people might be living near the volcano, and how it might be best to communicate the hazard to them. Geology has so many intersections across so many disciplines that a background in geology will allow you to intelligently speak about everything from the age of the planet to the potential of an earthquake in your hometown to how animal life has changed in Ohio for the last billion years.

Geology is so central to the lives of so many people. If the goal of college is to create an informed citizenry that can then navigate their lives, a background in geology (even if it might be a single class) might be one of the most important disciplines you could choose. So, if you’re never considered taking that geology class offered on your campus, now might be the time to give it a try. You’ll come out realizing our place in the planet’s long history.