Agents of influence: How reporters have been “weaponized” by leaks 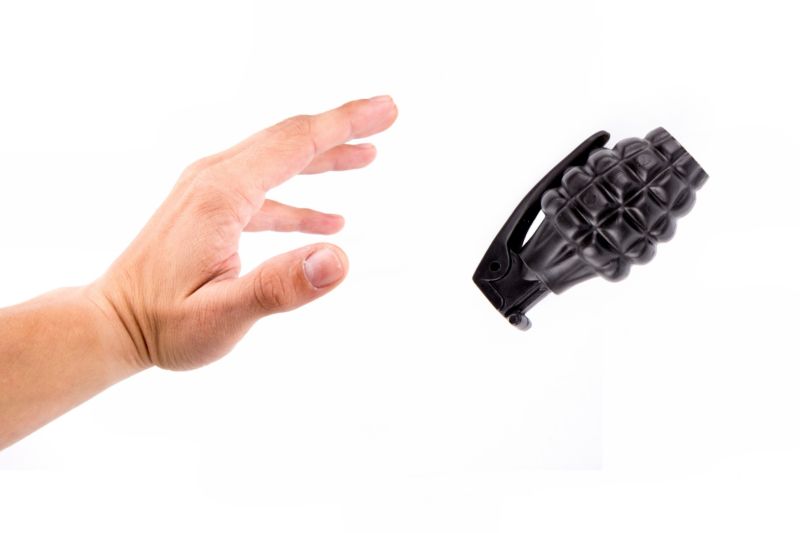 Agents of influence: How reporters have been “weaponized” by leaks published by nherting
Writer Rating: 0
Posted on 2016-10-22
Writer Description: current events
This writer has written 195 articles.

Since June, some entity has been releasing e-mails and electronic documents obtained via network intrusions and credential thefts of politicians and political party employees. Some of the releases have appeared on sites believed to be associated with Russian intelligence operations; others have appeared on Wikileaks. On occasion, the leaker has also engaged journalists directly, trying to have them publish information drawn from these documents—sometimes successfully, other times not.

The US government has pinned at least some of the blame for these leaks on Russia. This has led some observers to argue that WikiLeaks and Russian intelligence agencies are "weaponizing" the media. This is what national security circles refer to as an "influence operation," using reporters as tools to give credibility and cover to a narrative driven by another nation-state. The argument is that by willingly accepting leaked data, journalists have (wittingly or not) aided the leaker's cause. As such, they have become an "agent of influence."

The Grugq, a veteran information security researcher who has specialized in counterintelligence research and a former employee of the computer security consulting company @stake, penned an article about the topic yesterday. "The primary role for an agent of influence," he wrote, "is to add credibility to the narrative/data that the agency is attempting to get out and help influence the public." Such agents might friendly with or controlled by the agency trying to spread the information, but they can also be unwitting accomplices "sometimes called a 'useful idiot,' unaware of their role as conduits of data for an agency."

The actual impact of the leaked information on the US presidential election may not matter to an influence operation. The intended target of the campaign being waged through the WikiLeaks dumps, Guccifer 2.0, and DCLeaks is likely a larger public—perhaps including citizens in Russia itself and the people and decision-makers of the bordering nations. As Ars previously reported, the attacks on the Democratic National Committee (DNC) and on the US political process may be tied to a Russian effort to "contain" US foreign policy efforts and undermine confidence among the citizens of eastern European NATO members. The continued dumping of documents—and the chaos it creates for the US political process—shows the world that Russia can act upon the US at a distance. Therefore, Russia can also project power much closer to home.

Assuming this attribution and analysis is in some broad sense accurate, the raises a question: what's a journalist to do with these sorts of hacks and leaks? Has everyone who draws on them become an unwitting "agent of influence?" And if so, is that actually a bad thing if the leaks are newsworthy?

Dealing with a source's motivations is not a new problem for the press. Journalists get used all the time (just as they sometimes "use" their sources; it's part of the circle of life for investigative reporting). "The decision about whether or not to publish has always been about whether or not it's in the public interest, and also, I think, about what's the motivation or intention [of the source]," Jeremy Rue, acting dean of academics for the University of California at Berkeley's Graduate School of Journalism, told Ars.

"Often journalists are so eager to get information, they don't take the time to ask what the motivation is behind this source," Rue said. "I think those motivations are important to factor in. Whether or not it changes the choice to publish, I don't really want to take a specific stand on that. It's a very complex issue and it keeps coming up in newsrooms. But I do definitely feel strongly that you should absolutely weigh all the different factors, like what are the motivations of your source."

Glenn Greenwald of The Intercept has vocally disagreed with the idea that the source's intentions are material to a reporters' job, particularly in the case of publishing WikiLeaks' recent dumps. To him, if it's news, it's should be reported—regardless of source and motivation. In a recent article, Greenwald wrote as much:

Some have been arguing that because these hacks were engineered by the Russian government with the goal of electing Trump or at least interfering in US elections, journalists should not aid this malevolent scheme by reporting on the material. Leaving aside the fact that there is no evidence (just unproven US government assertions) that the Russian government is behind these hacks, the motive of a source is utterly irrelevant in the decision-making process about whether to publish.

While nothing in the public domain explicitly links the Russian government to the overall operation, there's at least some suggestive public evidence of Russia's involvement with Guccifer 2.0—who gave Greenwald exclusive access to some of the breach content—and with the DCLeaks "American hacktivist" site. That evidence includes both analysis by security experts of the initial Guccifer 2.0 document dump and an investigation by The Smoking Gun in August, which was triggered by Guccifer 2.0 reaching out directly to the site.

For The Grugq, the way Greenwald has interacted with Guccifer 2.0 looks like a perfect example of how an influence operation works. "The Intercept was given 'exclusive' access to e-mails obtained by the entity known as Guccifer 2.0," he wrote. "The Intercept was both aware that the e-mails were from Guccifer 2.0, that Guccifer 2.0 has been attributed to Russian intelligence services, and that there is significant public evidence supporting this attribution."

For a site like Wikileaks, the questions extend further. Assuming that it's right to publish material regardless of the source's motivations, how much of that material is fair game?