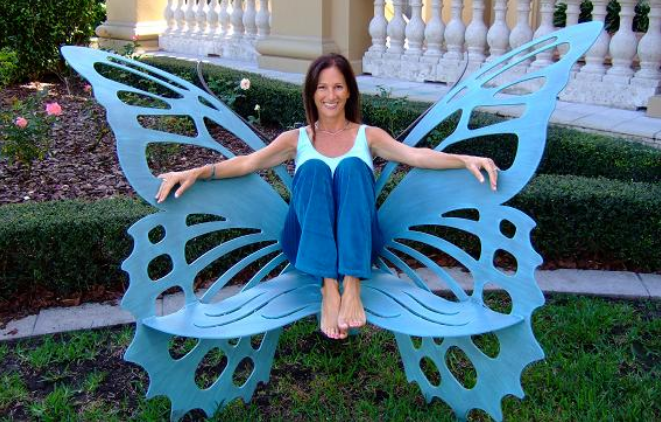 Free, Alive and Identity-Wise published by Maura4u
Writer Rating: 5.0000
Posted on 2016-12-02
Writer Description: Happiness, Self Leadership and a Better Society
This writer has written 56 articles.

“In the social jungle of human existence, there is no feeling of being alive without a sense of identity.”

How free and alive are you feeling these days?

If the constraints of “adulthood” have dimmed your enthusiasm or daunted your sense of liberty, you’re hardly alone.

A father of the psychological human development movement and coiner of the popular phrase “identity crisis,” Erik Erikson recognized the link between forging our personal identity and cultivating our sense of vitality.

The early 20th century psychoanalyst, who rose to prominence writing about the human life cycle, touches upon an important point in his above referenced quote.

When we’re young, we imagine ourselves in unlimited ways. We fearlessly dream up identities of our own choosing and conjure ideas about ourselves that know no bounds.

But as we grow up and conform to what society and others dictate, we can lose our luster in life and also diminish our personal pizzazz.

What Childhood Fascinations Can Teach Us

As one who believes we often glean clues to life from early childhood experiences, I thought I’d look into my own past. For example, what wild fascinations did I cherish as a youngster that provide me with veins of vivacity and identity today?

As it turns out, my earliest fantasies about life and identity arose from the air above and the allure of personal flight.

For example, I watched with curiosity as airplanes flew over my childhood home and contemplated what it would feel like to sleep in the sky atop soft, billowy clouds.

Watching Sunday evening episodes of The Wonderful World of Disney,  I yearned to grow a set of wings; I wanted to fly like Tinkerbell. After school reruns played a role, too. Watching Superman take to the air wearing his cape caused me to fashion one of my own using a pillow case cover. I wanted to leap up and out into the great unknown, cruising the sky while streets and tall buildings passed beneath my gaze.

When Flexible Flier TV ads boasted that kids could “fly through the air” in their sneakers, I pleaded with my mom to buy me a pair. If kids on the commercials could jump high and leap above the ground wearing these athletic shoes with a wing logo, then I wanted to do the same.

Mesmerized by Mary Poppins, I once took a large umbrella into the street on an especially blustery day. In the same way this magical character performed feats of flight in the movie, I tried to take off into the wind, too.

In many ways, the ability to fly fueled my every childhood imagination. The notion inspired my freedom, piqued my fancy and beckoned me toward an inwardly cultivated sense of identity.

As you might imagine, I never grew wings like Walt Disney’s Tinkerbell character. I never jumped as high as those Flexible Flier ads claimed. Neither was I able to fly in that makeshift Superman cape or catch sufficient wind gusts in my umbrella to lift into the air like Mary Poppins.

However, by entertaining those early ideas and retaining an affinity for them, a uniqueness to my identity eventually managed to emerge.

As I took up interests in foreign cultures and found opportunities to travel via the more common wings of jet propulsion, those early musings found alternate means of expression.

I’m sure some find my many air travels too distant, too challenging or, at times, even too boring. But for me, there’s a feeling of expansion and personal exhilaration.

The outgrowth from my childhood fantasies has helped me connect with different people, learn from a variety of perspectives and broaden my knowledge base in ways that traditional academics and a former corporate career could not. Finding ways to entertain that early fascination with flight has both differentiated me from others and kept me tapped into a personally pleasing life force.

I may have added years to my physical frame, but the spirit within keeps me interested, engaged, and even enlivened at midlife.

What inspires one does not inspire all. Though we share several common bonds, we are each invited to employ our own hearts and imaginations to create a life and identity sufficient to call our own.

If you feel a need for greater freedom, vitality or sense of self, I hope you take a few moments for personal reflection. Remind yourself of what your early fascinations looked like.

Then find at least one small way to turn those youthful whims into an adult reality on your own terms today.

With this theme in mind, may you be inspired by my latest podcast entitled, Who Do You Want to Be?

Enroll in her eCourse