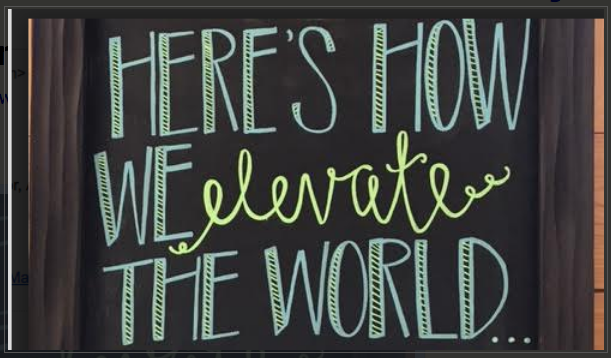 Politics, Polarity and Peace published by Maura4u
Writer Rating: 5.0000
Posted on 2016-12-02
Writer Description: Happiness, Self Leadership and a Better Society
This writer has written 56 articles.

“Happiness is a choice. You can choose to be happy. There’s going to be stress in life, but it’s your choice whether you let it affect you or not.”

“You find nice people wherever you go,” my daughter quipped to me last year.

She smiled in recognition of my consistent mindset following my return from a luncheon. It was one of several political gatherings I’d attend on both sides of the proverbial fence as our nation moved closer to the 2016 Presidential election.

It’s true, I do find nice people everywhere. But it’s likely because my choice is to view them from the heart and soul rather than see them through polarized or labeling lenses.

Admittedly, some people are brash and close-minded but I won’t relegate truculent personalities to one named group or another. When there’s neither inspiration to be gained nor common ground to be discovered, my attention floats to others endowed with higher ideals, bigger ideas and more constructive conversation.

As our latest national election has come to a close, I’ve been struck by polarized people in both camps: some who believe they’ve lost and others who think they’ve gained.

Days before election day, I bumped into a middle aged friend. He’d endured what he believed was a constant barrage from the “liberal left” painting him as an angry white male and was already bemoaning a Hillary win.

“I’ve never been prejudiced, but I’m supposed to feel guilty for being white. If Hillary gets in, the hate speech will only get worse. I’ll be unheard and invisible!”

I understood the man’s feelings, but couldn’t agree with his position.

“Why allow anyone in office to daunt the way you feel about yourself?” I asked him. “Never allow a figurehead of any sort to dictate your estimation of self.”

Observing some today on the opposite side who feel similarly victimized, minimized and afraid, I’d offer the same advice.

At 9 years old, my fourth grade teacher’s authority loomed over me.

With a stern countenance and intimidating air, her presence glowered above from my spot in the front row seat. She’d often call on me, but mostly when I hadn’t raised my hand. She never missed an opportunity to publicly point out my wrong answers.

Was she trying to find fault with me? I wondered.

That fall, the teacher remarked unfavorably about my weight as I took my turn to step atop the nurse’s scale. My weight registered above average for a girl my age, but the teacher’s audible remark and outward disapproval added to my shame.

Months later, a similar thing happened when she called me to her desk to pick up my class photo.

“You must have been afraid when the photographer took your picture,” she remarked, addressing the obviously blank face it bore.

I was confused, frightened, distraught. I dreaded getting up for school.

Late one afternoon, I literally took matters into my own hand. Using white chalk, I defiantly drew a stick figure of my teacher on the schoolyard asphalt. Attiring her in a triangular dress, I carefully depicted her with an angry glare and a familiar set of eyeglasses.

Beneath the image, I wrote a new name for my authority figure: “Mrs. Crappy.”

Finishing my art work, I felt somewhat empowered. I’d expressed a personal angst that apparently had no other form of outlet that year. However, my supposedly stealthy protest didn’t go unnoticed. The next morning, I was summoned to the principal’s office.

“Did you draw that picture in the schoolyard?” the principal asked.

“No,” I lied, now intimidated anew.

“Maura, the custodian was cleaning out my office yesterday afternoon and saw you drawing outside the window.”

At barely 10 years old, I was busted. Looking out the window at my work, I was forced to fess up.

I acknowledged defacing the schoolyard and admitted to unkind name-calling. But I also used this unanticipated opportunity to share some specific instances where I felt treated in a biased fashion by my teacher. I had nothing to lose.

Airing my fears, some legitimate and others overblown by imagination, actually worked toward a good outcome. My voice was heard and my position partially acknowledged.

“I’ll ask the teacher to move your seat,” the principal offered. “It might be good for you both.”

Though I suffered emotionally, that fourth grade experience helped me move slightly upward on my path to emotional maturity. Forced to confront my condition and communicate it to a figurehead helped me grow. I felt less voiceless, less victimized, less small.

Today I’m grateful. One of several life challenges, it would equip me in transitioning from inward child to self-governing adult. It also helped move me away from polarity.

In the above quote, Valerie Bertinelli wisely advises that there will be stress in life. In a polarized world, we can hardly avoid it. Still, it remains our choice as to how we respond.

Designed for peace every day of the year, my latest podcast is for those still struggling with polarizing thoughts on both sides of our latest Presidential election.

Click here for Podcast 106 – Are You Living in Polarity or Peace?

There’s always the choice for happiness and I hope you choose it today!