What happens in the ageing brains of bilinguals? 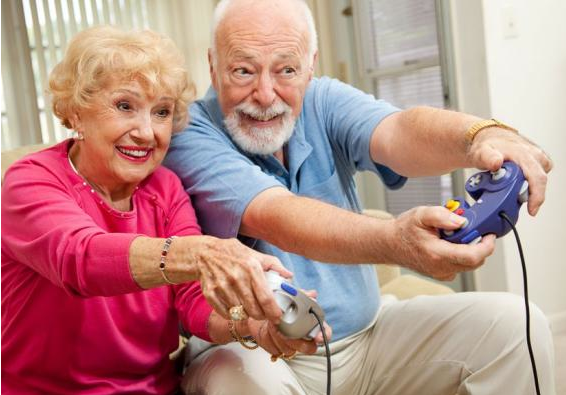 What happens in the ageing brains of bilinguals? published by nherting
Writer Rating: 2.6364
Posted on 2017-02-04
Writer Description: current events
This writer has written 195 articles.

Bilingualism is a surprisingly fraught topic of research. For a long time, exciting results have been pouring out of the field, suggesting that bilingual children have a cognitive advantage over monolingual kids. But many of those results haven’t replicated, leaving a confusing picture—and it's going to take a lot of research to unravel the knot.

There are also findings that suggest bilingualism could delay the onset of Alzheimer’s. A paper published in PNAS this week, led by Daniela Perani at the Vita-Salute San Raffaele University in Italy, reports underlying changes in the brain that seem to be connected to the delay. Again, the evidence for this is on the murky side, but it provides a great starting point for figuring out where to look for more robust evidence, says Jon Andoni Duñabeitia, a bilingualism researcher not involved with the paper.

The connection between Alzheimer’s and bilingualism hinges on the concept of “cognitive reserve” (CR), which describes a resilience to losing brain capacity. It's a bit of a fuzzy concept, says Duñabeitia: “I'd be very glad to see a specific, detailed, quantified, and theoretically sound description of the concept of cognitive reserve, discussing each of the sub-components of this multifaceted abstract term. So far, it seems as if we (scientists) refer to that in a curiously abstract (and scientifically loose) manner, and that clearly deviates from what we should do.”

There's some evidence that something like CR must exist, even if we don't know exactly what it is. Previous research has found an interesting but counter-intuitive link between Alzheimer’s and brain hypometabolism, meaning the brain was consuming unusually low levels of resources. Hypometabolism suggests a lower than normal brain activity. In 93 Alzheimer’s patients with equivalent disease severity, people with more education also had more pronounced hypometabolism.

This seems confusing, but the disease severity is key to understanding it. The people with more education had the same level of apparent brain function, even though their brains were harder hit and doing less. In a nutshell, it looks like education allowed people to cope with the brain damage for longer.

It seems that some people have characteristics that make their brains more resistant to neurodegenerative disease or that allow their brains to cope better with disease by finding alternative pathways for certain tasks. Education, occupation, and lifestyle have been linked to CR, and previous research has suggested that bilingualism could also contribute to resilience.

To try to figure out what drives this effect, Perani and her team studied 85 people from Northern Italy who had all been diagnosed with Alzheimer’s and who were all within the first three years of disease progression. Forty of the patients were from Milan and were monolingual Italian speakers; the other 45 were bilinguals from Bozen, an Italian town near the Austrian border with German-Italian bilingualism.

The researchers compared the patients’ test scores to assess the degree of cognitive impairment across the two groups. They found no difference in either language production or attention, but they found that the bilinguals were doing better at verbal short-term memory and long-term memory. Then, they used PET scans to identify hypometabolism in the patients’ brains.

But in this study, this result is a little more confusing. Patients here didn’t have the same degree of disease progression—they were chosen because they had all had Alzheimer’s for around the same amount of time (less than three years). Behavioral tests hint that the monolingual group was showing more advanced signs of disease. If the bilinguals had more hypometabolism, it looks like their brains were deteriorating faster in the same amount of time—even if their test results were still looking better.

There's also a pretty big confound in the study: the patients’ ages. On average, the bilingual patients were around five years older than the monolingual patients. Perani and colleagues point this out, saying that it’s “in line with recent findings in larger cohorts of dementia cases.” But as Duñabeitia emphasizes, it also makes the results pretty hard to interpret. “It may be the case that the more spread pattern of hypometabolism in bilinguals is simply the consequence of their age,” he notes.

The authors report quite a few other findings. For instance, the degree of bilingualism (assessed by questions like what language people speak at home and what language they were educated in) correlated with activity in certain parts of the brain. There were also increased metabolic connections in certain areas for bilinguals compared to monolinguals. The results may be telling us something significant about bilingualism, but again, Duñabeitia is concerned about the confound of age. It’s just hard to say for sure.

While this paper isn't the final word on the matter, says Duñabeitia, it's still important work: “The greatest beauty of this paper is that it directly tackles a question of broad impact and capital importance.”

What we need, he adds, is more longitudinal studies. This research is cross-sectional: it looks at a group of people with different characteristics at a single point in time and draws conclusions from the patterns of difference across the two groups. A longitudinal study would follow patients over time and observe changes, which would help to draw some clearer conclusions.