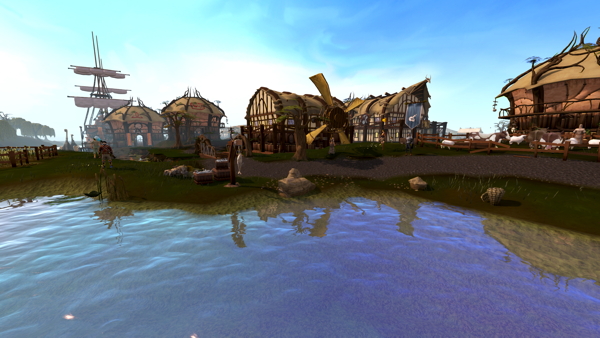 In a world of superior MMOs, super powered computers, and people no longer being tethered by a 'no download required' to play, who is still playing Runescape?

Well truth be told, not really all that many.  Runescape has gone quite a long way from where it first started back in RS1.

Runescape was at the height of its popularity circa 2007. However, something very dark happened. Something that changed the way of Runescape forever. 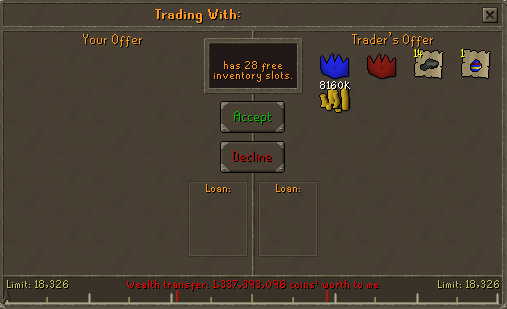 This was something that spurred the ire of the entire community of Runescape, coupled with a double whammy of an 'anti-freedom' Jagex policy they also implemented:

As of December of 2007, the amount of players plummeted. People left, sold their accounts -- and in general just stopped caring about the game they poured so much time into.  The trade limits alone were something to be felt economically throughout Runescape to this day.  For every player that quits and stops playing means one less to gather materials.  One less to create community. One less to involve in.  While only one doesn't make a whole lot of difference to the game -- the list does add up and compile to one monster of an economic loss in game.

This was one thing that Runescape simply couldn't recover from and still hasn't to this day nor will it ever recover.

At the end of the tunnel -- there is light

Introducing a series of patches that since rectified the updates of Jagex.  They brought back regular trading and wilderness PVP.  They even improved the graphics and added a ton of new features changing the way the game works entirely. Most of which have been received very well by the community.  While some changes may have been drastic such as EoC (Evolution of Combat) adopting a more "WoW-esque" MMO with an ability bar -- Jagex adopted more stellar features for this such as Revolution combat, the ability to cycle through rotations in your ability bar without having to input them yourself.

Over time we have seen Runescape having grown so much it is almost unrecognizable where it first started.  As a player myself for 14 years, it is stunning to see where the world has come and still a player to this day. (Not max yet mind you, I play on and off) The graphics and gameplay have changed so much, and that is not for the worse.  In fact, I recommend giving it another try if you haven't seen it in a while. The downloadable client (Thank god no more Java) is incredible using a C++ engine versus the clunky resource intensive Java.

Tell your friends to give Runescape another chance. It is no longer that low-tech game that you would play on your crummy computer anymore!