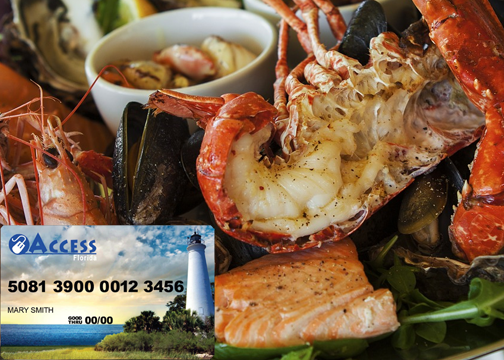 Fixing SNAP: Adding Lobster and Steak Budgets published by Tylenol with MDMA
Writer Rating: 2.7500
Posted on 2017-04-08
Writer Description: For when you have pain in both your body and soul. Directions: Take two, and call me a few hours later to talk about how we don't hang out enough
This writer has written 9 articles.

While the title is pure clickbait, I do have a proposal to help SNAP regulate benefits. I know there’s no way we’re going to see anything even close to it in this administration, but hopefully we’ll see improvements in my lifetime. Supplemental Nutrition Assistance Programs, referred to as SNAP or food stamps, is a program that helps people in the lowest income brackets have additional money to spend on food. There’s a lot of controversy over a program meant to feed the poor, but instead of wasting too much time on why I support the program I’m only going to say it saves time and effort on most people’s parts to just pay taxes than to go through the process of buying and donating food. That’s gambling on what you hope people need and taking time out of your day that could be going toward other productive measures.

There is a bit of a problem with the program, and it’s the fact it encourages people to buy the cheapest, and likely least healthy, foods available to make it last. To quote another internet writer:

“Fresh food is expensive and takes forever to prepare. It goes bad quickly, so it requires multiple trips to the grocery store per week, which is something most impoverished people can't do. And since all of those time-saving frozen meals are high in salt and fat, they take up residence in the expanding asses of the people who can't afford anything.” (Cheese, 2012)

The most common reaction I’ve personally observed to this is that people should be limited to only buying essentials, or some other form of choosing what’s best for people despite not understanding their situation. Trying to punish someone further who already isn’t getting paid enough to afford enough food is ridiculous. We need to use the carrot, not the stick.

To help promote healthy living, we should put extra money in the program for paying for healthy foods. Ideally, it should deduct 50% of the cost of fresh fruits and vegetables and other healthy foods from EBT balances, so whenever someone buys healthy food they’re able to get more of it. This incentivizes better eating and helps covers the additional expense of having to go to the grocery store more often. I know implementation wouldn’t be easy. The biggest problem I foresee is corporations claiming most/all of their food is healthy to get more funds spent on their products. They already do that now when trying to appeal to customers, like the fiasco with Vitamin Water appearing to be healthy when it’s pretty much soda without carbonation (Robbins, 2010).

Another change which will pay for itself is to give bonus EBT funds once a year per person for taking advantage of non-emergency room Medicaid services. This is assuming that the state implementing this has expanded Medicaid too, so anyone who qualifies for SNAP qualifies for Medicaid. Medicaid has two problematic clients. Despite having great medical coverage, there’s a mindset to not go to the doctor until a problem is out of hand and that typically involves the ER. That means that something that was most likely preventable with care earlier has instead become a very expensive affair. The other side of the coin is the people utilizing the ER for things a doctor could easily take care of, like for a bad cold or of diarrhea.

To help lower these costs for Medicaid, the program could use some funds to incentivize going to the doctor. Getting an annual checkup would be an additional $30 dollars that month for food, and the first three doctors visits a year would be worth an additional $10 a month that it’s utilized.