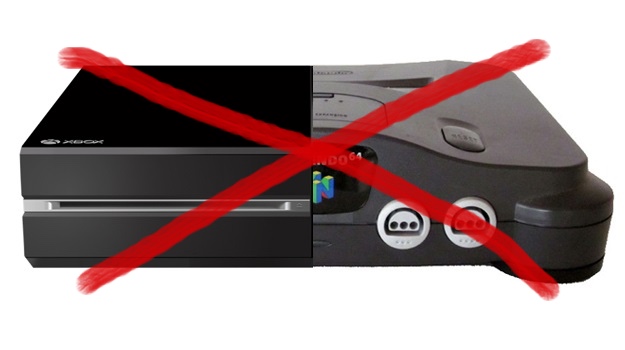 Microsoft has officially begun encouraging Windows 10 users to download and install the Creators Edition patch, and that has been met with an update to the Windows Store's rules. Among other policy changes is one that went into effect almost immediately: a ban on emulators.

An affected developer was notified of the change on Tuesday when its product, Universal Emulator, was delisted from the Windows Store. While no proof of a letter or notice from Microsoft was published, the developers at NESBox linked to relevant changes in the Windows Store application rules, dated March 29, which now include this line: "Apps that emulate a game system are not allowed on any device family."

This list of general Windows Store rules, written for developers, received a massive update to its "Gaming and Xbox" requirements; these used to contain only one sentence, and it referred hopeful Windows Store game developers to the ID@Xbox program. That existing program requires pre-approval by Microsoft, but developers will soon be able to publish their games directly to both Xbox and Windows 10 marketplaces by paying a one-time fee of $100 or less as part of the Xbox Live Creators Program. (The biggest catch is that these games must run in Universal Windows Platform [UWP] mode.)

Games in the new program will be approved in a less stringent, App Store-styled manner and sectioned off in a "creators" sub-category. They will have to abide by Windows Store rules, whose new gaming-specific section has 11 subcategories. The emulation-related one is cut and dry, without any references to other possible use cases. Running open sourced, homebrew software on Xbox One using console emulators is now out of the question.

Some game makers and license holders may want to emulate consoles to port older games to Xbox One, but this rule might prohibit that path. Also, the rule's phrasing doesn't answer whether all computer and device emulation will be banned from the Windows Store. (Maybe we want to emulate AppleWorks on our Xbox One consoles. Why? Because it integrates word processing, electronic filing, and spreadsheets, duh.)

Otherwise, this formally ties a bow on the selective bans that Microsoft doled out to Xbox-compatible game console emulators last year. And just to clarify: this rule applies to "apps that are primarily gaming experiences or target Xbox One." Thus, there's no Windows 10 loophole for emulation listings within the Windows Store.

The creators of the free Universal Emulator were quick to explain how they'd deal with the delisting: "This means nothing for the [Web] browser version, it doesn't depend on 'stores.'"

The new rules also had bad news for anybody who wants to quickly publish an online multiplayer game via the Xbox Live Creators Program. Doing so will not be enough to enable cross-platform play. If you want your gamers on both Xbox One consoles and Windows 10 PCs to play with or against each other, you'll have to submit your game to the ID@Xbox program and go through its own hoops and costs.

Among other new rules this week: Windows Store now officially prohibits UWP games and apps that "pose a safety risk or result in discomfort, injury or any other harm" to users. This rules change likely stems from cases of targeted attempts to trigger epileptic seizures via Tweets and files.