Long Egg Incubations May Have Doomed the Dinosaurs 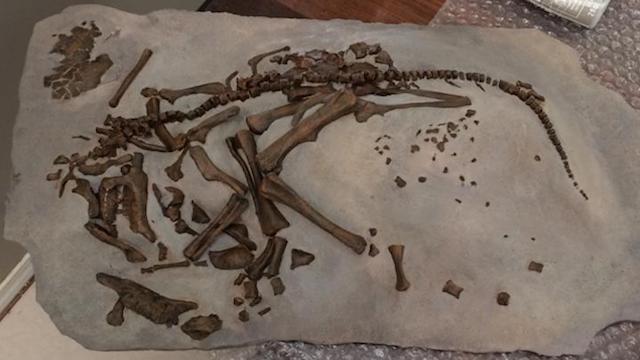 From their warm-blooded innards to their feathered exteriors, increasing evidence shows that birds and many dinosaur species had a lot in common. But a key difference exists early in life, according to a study published January 3 in PNAS—dinosaurs had vastly longer egg incubation periods, more similar to that of modern reptiles than birds.

Gregory Erickson, a paleontologist at Florida State University, and colleagues analyzed the dental records of embryos in fossilized dinosaur eggs. By examining fine growth lines that represent daily deposits of tooth-building tissue called dentin, the researchers determined that dinosaur eggs probably took about twice as long to hatch as similarly-sized bird eggs. Protoceratops andrewsi, a horned dino, incubated their eggs for about three months, the study suggests, while the larger, duckbilled Hypacrosaurus stebingeri incubated theirs for six.

The findings may provide insight into how dinosaurs ultimately went extinct. Incubation times increase with egg size, the authors write, and Hypacrosaurus was hardly the largest dinosaur around. After a devastating event like an asteroid impact, long incubation times would have been hugely disadvantageous, hindering dinosaurs’ abilities to repopulate quickly and limiting their movements to regions where they could incubate their eggs.

“What would be really interesting now is to see if small theropod dinosaurs like Velociraptor also incubated slowly,” Stephen Brusatte, a paleontologist at the University of Edinburg who was not involved in the study, told Science Magazine. “If more modern-style birds are the only ones that incubate very quickly, it could be that this feat of biology gave them a better lotto ticket for surviving the asteroid impact that killed off all of the other dinosaurs.”