Dawn of War 3: The most promising take on Warhammer 40K yet 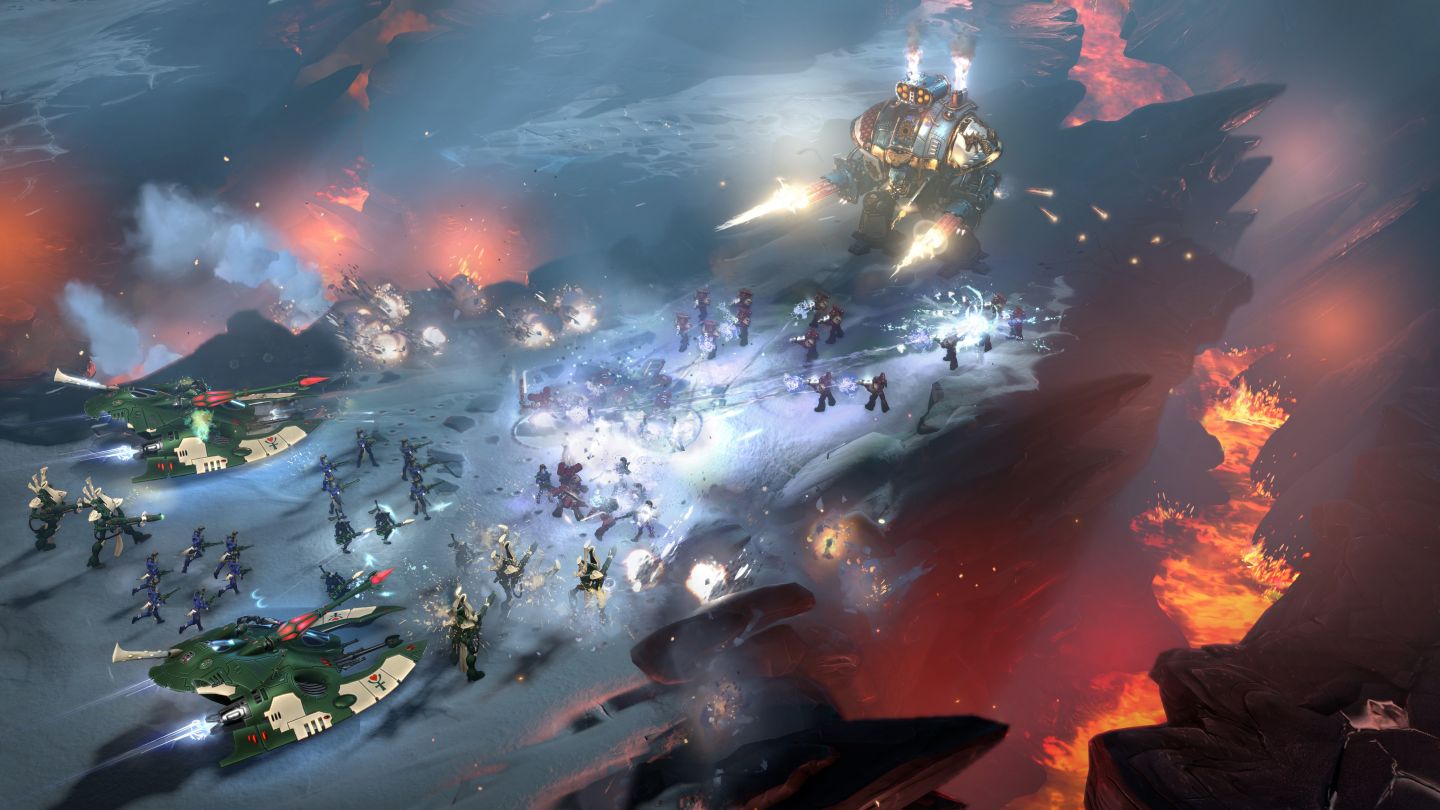 Dawn of War 3: The most promising take on Warhammer 40K yet published by nherting
Writer Rating: 2.6364
Posted on 2017-04-22
Writer Description: current events
This writer has written 195 articles.

What's impressive about Dawn of War III is how beautifully it manages to communicate the weight, scale, and ferocity of the Warhammer 40,000 universe. From the severe, decaying landscape of its maps, to the radical conservatism of prominent factions and technology that carries a distinctly Gothic edge, no other game based on a Games Workshop IP manages to deliver such a morosely charming combination of grief, rage, and fanaticism.

Given that this is developer Relic's third game in the series you'd expect the design team to have nailed the aesthetic by now, but the visuals are especially striking. Which is not to say that Dawn of War III's charms are entirely superficial. It combines the best bits from the first two Dawn of War games: the dominant, powerful hero units of the second, and the larger armies and strong emphasis on base building and expansion of the original.

I've played just one single-player map—as Blood Raven Space Marines facing off against Eldar—but the relationship between managing the scale of an army and efficiently using each hero's special skills feels perfectly pitched to satisfy fans of the series. Base building and the training of units is simple enough that you're not forced into micromanaging everything, leaving you plenty of time to concentrate on the more exciting task of using hero abilities.

Upgrading and constructing buildings and acquiring new units relies on gathering Power and Requisition points from static platforms that must be found and controlled by troops. This encourages you to explore the immediate area around your base upon starting a level. Many RTS games reward you for turtling and only moving out from your base once you've upgraded everything to the maximum possible degree, but Dawn of War III pushes a much more immediately aggressive approach that's in keeping with the tabletop game it's based on.