Most groundwater is ancient but contains surprising human fingerprint 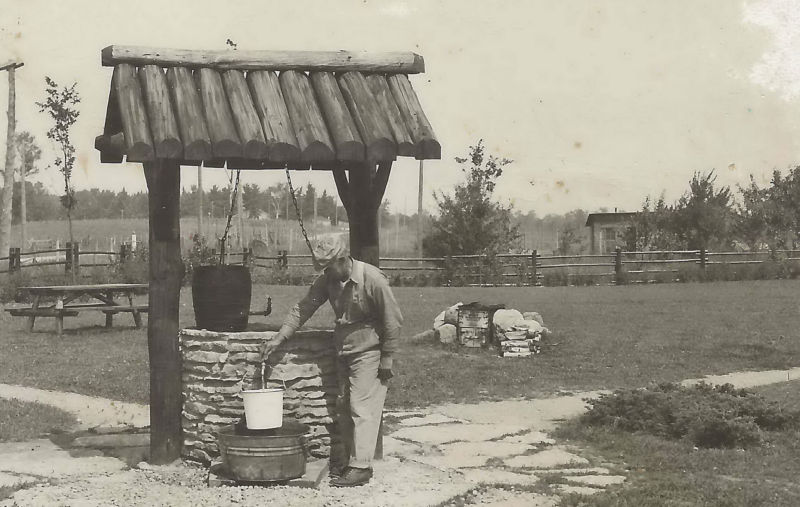 Water is typically considered a renewable resource, as the global cycle of evaporation and precipitation constantly redistributes it. But not all sources of fresh drinking water work that way. Some accumulate at modest rates, which can easily be surpassed by extraction for people and crops. In the case of groundwater aquifers, this extraction is sometimes referred to as “mining,” since water that fell as rain long ago can be quickly depleted by wells.

A new study led by the University of Calgary’s Scott Jasechko estimates how much of the Earth’s accessible groundwater is “fossil” water that has been down there for 12,000 years or more, predating the current interglacial climate period. Along the way, the researchers discovered a surprise—that “fossil” water may not be as untouched by human pollution as we thought.

Old water can be bound in dry areas with very low aquifer-refilling rates, or it can reside deeper in wetter regions, often below relatively impermeable rock layers that separate aquifers. Although water that has spent so long in contact with bedrock sometimes picks up problematic geological contaminants, these deeper waters typically enjoy the advantage of being isolated from human activities. Shallow aquifers can contain pesticides, for example, or industrial contaminants.

To find out how much groundwater is ancient “fossil” water, the researchers analyzed existing carbon isotope data from almost 6,500 water wells around the world. Carbon-14, with its 5,730-year half-life, can be used to calculate how long ago the groundwater fell as rain. With a little math, you can work out how much water came from each of several sources, as unique isotopic signatures would need to mix together to produce the final isotopic ratios. The researchers calculated the portion of water from each well that could only be more than 12,000 years old.

Overall, they estimated that this “fossil” water accounts for fully 42 percent to 85 percent of all groundwater within a kilometer of the Earth’s surface and is dominant in the deeper wells.

The researchers also analyzed another time-keeping isotope: hydrogen-3, also known as tritium. With a half-life of about 12 years, tritium doesn’t hang around too long, and it doesn’t exist naturally in any meaningful quantity on Earth. But during the era of nuclear weapons testing, humans added a fair amount of it in the atmosphere. This several-decades-long spike in tritium acts like a tracer, unambiguously marking any water containing a very young component. (Don’t worry, these trace levels of tritium pose no health risk.)

With that, the researchers could identify groundwater that fell as rain after about 1950, which was obviously mostly found in shallow wells. But here’s where it gets really weird: tritium was also detected in half of the wells that were mostly “fossil” water. So even aquifers filled with ancient waters aren't safe from modern human contamination—at least some water bearing the mark of human activities is frequently present.

At a press conference yesterday, ETH Zürich’s James Kirchner described the situation with a colorful analogy. “It’s a bit like going to a giant old folks’ home and suddenly realizing that there are also little kids running around. Now that’s great, except if the little kids have the flu.” For this analogy, the flu can be any unwanted contaminant.

How could these potentially flu-bearing whippersnappers be getting in? That’s not clear, but there are several possibilities. First, aquifers are often not the simple, leak-proof, homogenous layer cakes that are sketched on paper. Small pathways can allow groundwater to flow between some locations much faster than the average aquifer flow.

But second (and probably more likely, the researchers say) is the possibility that the well itself is responsible. Some wells draw water from only a narrow depth range, but others pull from across multiple layers. It could be that we’re actually seeing older and younger water from separate aquifers mixed together in one sample. The same thing could happen if the seal around the outside of the well is imperfect, allowing water from a shallower aquifer to leak down into the well. (Water contamination from natural gas fracking is typically blamed on similar well leaks.) If wells are responsible, that would imply that tritium (and other contaminants) are probably only present near the well rather than throughout the aquifer.

Drinking water wells are tested for water quality in most places, so it’s not like this finding reveals a hidden, worldwide health threat. Groundwater use is only increasing, however, and as the researchers put it: “Groundwater quality remains a critical concern in many parts of the world, and our results highlight that even though deeper wells pump predominantly fossil groundwater, they are not immune to modern contamination.”