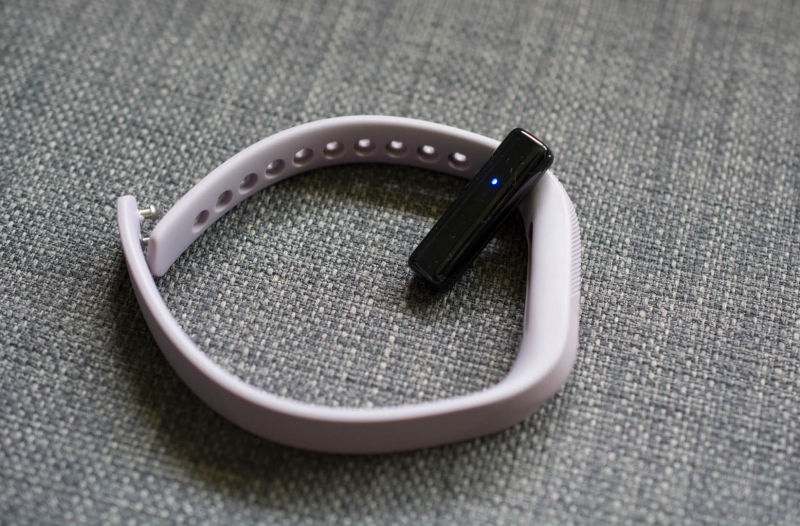 Samsung isn't the only company that has had deal with exploding products. A Wisconsin woman told ABC News that her new Fitbit Flex 2 activity tracker "exploded" on her wrist while she read a book earlier this week. Dina Mitchell was treated at an area urgent care provider the next day and was left with second-degree burns on her wrist.

After the device combusted, Mitchell quickly removed it from her wrist. Doctors allegedly had to remove small pieces of rubber and plastic from her arm left by the melting device. Mitchell received the Flex 2 as a birthday gift and only had it for about two weeks before the incident.

We are extremely concerned about Ms. Mitchell’s report regarding her Flex 2 and take it very seriously, as the health and safety of our customers is our top priority. Fitbit products are designed and produced in accordance with strict standards and undergo extensive internal and external testing to ensure the safety of our users.

We have spoken with Ms. Mitchell and are actively investigating this issue. We are not aware of any other complaints of this nature and see no reason for people to stop wearing their Flex 2. We will share additional information as we are able.

A few years ago, Fitbit came under fire after about two percent of users suffered from a skin rash while wearing its Force tracker. The company voluntarily recalled that device and stopped selling it. The £70 Flex 2 (buy here) debuted last year as Fitbit's first device with a waterproof design that allows users to track swimming.

The Flex 2 is also one of Fitbit's thinnest and lightest trackers, measuring 31.7 x 8.9 x 6.8 mm and weighing just .83 ounces. Fitbit confirmed to Ars that the Flex 2's battery is only 12 percent of the device's total size, which raises questions about its ability to overheat enough to burn through its band and someone's skin. Analysts have said this is likely not Fitbit's "Samsung Note moment," but the seriousness of the issue will only be known after Fitbit's full investigation is complete.