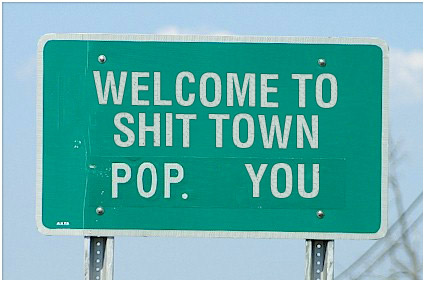 Shittown published by Tylenol with MDMA
Writer Rating: 2.7500
Posted on 2017-05-04
Writer Description: For when you have pain in both your body and soul. Directions: Take two, and call me a few hours later to talk about how we don't hang out enough
This writer has written 9 articles.

A podcast series produced by NPR. This first paragraph is going to be the only spoiler free section of this review. Shittown starts off with a call by John B. McLemore stating that a murder was covered up in a town known as Woodstock, Alabama, which is constantly referred to by John as Shittown. It transforms into a character piece about the interesting life of McLemore, a tortured genius who’s unable to escape from the life he hates. If you have an ear for strong southern accents, it’s worth listening to.

Anyone who’s grown up in the small towns of the American South will simply nod along to most of the claims John makes about how shitty the place he lives. Everyone is stuck in a self-destructive cycle, trying to use alcohol and drugs to escape from the fact that their lives aren’t ever going to go anywhere. John is different in the sense that he has an intelligence that was able to run wild growing up, though he wasn’t able to escape the chains these small communities place on you. I personally saw it was a battle between nurture and nature with no true winner. John in many ways smarter than myself. His knack for engineering and his curiosity and drive led him to having a lucrative life for someone who lives in ‘Shittown’. With more than enough money he needed to escape, he could never stay away.

My personal theory is that these kinds of toxic environments have a paradoxical effect on those involved. This idea includes people who support family or so called loved ones who are abusive. Our human adaptability lets us live in harsh conditions. Think back to thousands of years when civilization wasn’t nearly as safe as it is now. The human brain had to learn to adapt to the world being a harsh bitch. This involves getting used to awful things and adapting your life around that. Since you’re now in a niche, it would take a massive amount of energy to go elsewhere and completely change your life to fit that new style, and that can be too much for anyone. In your head it’s easy to rationalize it when looking at an outsider, but doing it yourself, especially when you have factors like anxiety and possible bipolar, would literally be worse than the shittown/relationship you’re in.

John’s suicide was easier for him than trying to live elsewhere. He escaped without having to adapt to a new, foreign lifestyle. I don’t support his actions, but I understand why he did them. Give this podcast a listen, especially for people stuck in their own shittowns. If his story rings true with you, and you’re in a shittown, learn from John’s mistakes. It’s not your job to try to save these people from themselves, you’re the one that needs to be saved.