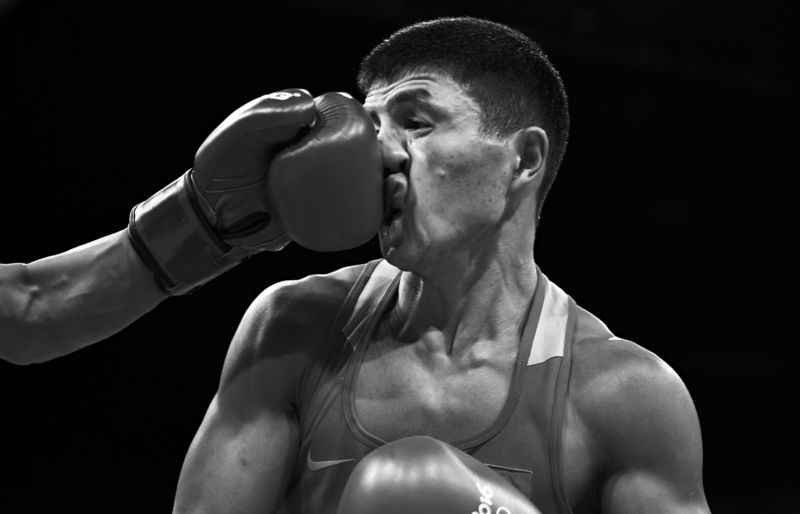 With clever chemical tweaks, an old antibiotic can dole out any of three lethal blows to some of the deadliest bacteria—and give evolution one nasty concussion.

The antibiotic, vancomycin, has always been a heavy hitter against odious germs; it uses one crafty maneuver that can take out even drug-resistant foes and is often used as a last resort. But, with three chemical modifications, reported this week in PNAS, the drug now has three distinct molecular moves to take out pathogens. The menacing modifications render vancomycin at least 25,000 times deadlier. And with that level of potency, dazed bacteria stumble at developing resistance when given the chance in lab experiments.

And maybe that should be the real goal in the war against drug-resistant microbes, the authors of the new study—chemists at The Scripps Research Institute in La Jolla, California—argue.

“As an alternative to championing the restricted use of antibiotics or conceding that bacteria will always outsmart us, can durable antibiotics be developed that are capable of continued or even more widespread use?” Perhaps, they write, we should be designing drugs that “overcome the forces of evolution and selection responsible for bacterial resistance, that are less prone or even impervious to resistance development, that avoid many of the common mechanisms of resistance, and that are more durable than ever before.”

It’s not a new idea, but it’s certainly a very hard thing to accomplish. To take a serious swing at evolution, the team, led by chemical biologist Dale Boger, built upon years of detailed structural work on vancomycin. The drug has some useful characteristics for this feat, including that bacteria naturally have trouble resisting it.

Vancomycin can kill bacteria with one of the two main types of cell wall structures—so called Gram-positive bacteria, such as Staph aureus. (Bacteria mainly fall into either Gram-positive or Gram-negative categories, which are based on the structures of the protective, rigid walls surrounding their cells. The structure can be figured out using Gram staining, named for bacteriologist Hans Christian Gram. An example of a Gram-negative bacteria is E. coli.)

Unlike other antibiotics, which often target important enzymes or cellular machinery, vancomycin kills Gram-positive bacteria by clamping onto, basically, a molecular brick in their cell wall—linked amino acids D-Alanine-D-Alanine. Vancomycin doesn’t do anything to the brick, it just gets in the way so the wall can’t cement together properly. As such, the wall crumbles apart, destabilizing the bacteria’s structure, leading to cell death. (Gram-negative bacteria use a different wall-building method, so they’re generally safe.)

Time has shown that bacteria are bad at evolving resistance to the brick attack—there’s no simple genetic mutation to get around it. In nearly 60 years of clinical use, resistance to vancomycin has developed relatively slowly. And the resistance that has shown up is complicated and bulky: bacteria use a two-component signaling system that first senses if vancomycin is invading, then they trigger a late-stage switch in building materials, swapping D-Alanine-D-Alanine bricks for D-Alanine-D-Lactate in their walls. Facing this defense, vancomycin is a thousandfold less lethal to bacteria.

Lucky for us, there is a simple trick to defeat this cumbersome resistance: a chemical tweak to the part of vancomycin’s structure that binds to the brick can make it just as likely to glom onto D-Ala-D-Lac as D-Ala-D-Ala.

With that modification, Boger and his team could crush vancomycin resistance. But they weren’t done. They also figured out how to tweak two other areas of vancomycin’s structure. On the top of the molecule, they added (4-chlorobiphenyl)methyl or CBP, which can pummel an enzyme, called transglycosylase, involved in cell wall construction. Then, the chemists figured out that if they added a quaternary ammonium salt to the left side of the structure, this could punch holes in the cell’s membrane, the delicate barrier underneath the protective wall.

Each of the three tweaks could kill bacteria on their own. But together, they make one killer antibiotic. In tests, the triple threat proved to be between 25,000 and 50,000 times deadlier to vancomycin-resistant bacteria than basic vancomycin. It also further slowed the bacteria’s ability to develop resistance.

To show this, the chemists forced the hand of evolution. In labs, to goad bacteria into developing resistance to an antibiotic, all one has to do is grow generation after generation of the germs amid sub-lethal doses of the antibiotic. Boger and his team did this with their triple-threat vancomycin as well as versions of the drug that had just one or two lethal modifications. Then, they quantified how much more of each antibiotic they’d need to kill the adapted bacteria compared with the starting bacteria—a proxy for how easily the bacteria developed resistance.

After 50 growth cycles, it took up to 128-fold more of the vancomycin with one modification to kill the adapted bacteria. But for the triple-threat vancomycin, the minimum dose necessary to kill only increased four-fold.

“Such antibiotics are expected to display durable antimicrobial activity not prone to rapidly acquired clinical resistance” the authors conclude.

But before this can be put to the test in clinics, researchers will have to do animal testing and clinical trials to ensure safety and efficacy. Early toxicology work suggests that the beefed-up vancomycin is safe, however. The chemists are also working to streamline the chemical modification process, which currently requires about 30 steps.