I am honestly amazed I live in this time. As a programmer myself, this really hits me in the jimmies. I just don't understand what the freaking point is. This is one of those things that is so far out of touch with reality I stutter to figure it out. Apparently, there is some new updates that happened by author Victor Stinner (link to issues) having decided to remove the concept of master/slave terms within the programming language itself. Many people in the same request list on the bugs.python.org webpage give critisism for the inherent political agenda seeming to steam from Victor Stinner.

"I'm a little surprised by this.  It's not like slavery was acceptable when these computer science terms were coined and it's only comparatively recently that they've gone out of fashion.  On the other hand, there are some areas in computer software where "master" and "slave" are the exact technical terms (e.g. IDE), and avoiding them would lead to confusion." ~ Larry Hastings (python push)

By going through the issues, it seems that Victor Stinner is one of the only ones that seem to be so vocal, meanwhile it was stated in these discussions that there were several "private" discussions that occurred that made Victor take this stance.

"To me, there is nothing wrong with the word 'master', as such.  I mastered Python to become a master of Python.  Purging Python of 'master' seems ill-conceived.  The word 'slave' is different matter to me. In tk and tkinter, the 'parent' and 'master' of a widget may be different widgets, but I cannot remember the functional difference, nor whether the terms are used consistently. Like Larry, I object to action based on hidden evidence." ~Terry j. Reedy

"I strongly disagree with this as a general principle.

Master/slave is a powerful, obvious metaphor which works well and is not the same as parent/child, server/client or employer/worker.

Talking about diversity: my wife is of a nationality that historically were often stolen to be slaves and indentured servants, and were discriminated against as second-class people right well into the second half the middle of the 20th century. My maternal family comes from a racial group (Slavic) which gives us the English word for slave and come from serf background. Both of us are angered by this attack on our linguistic culture. Stop trying to sanitize and infantalize language. That's far more offensive than the master/slave terminology.

I'm not sorry for this impassioned plea. You want diversity, that includes people like me."

Personally I have seen these pushes in the past to silence certain speech. Yet in this context, the terms "Master" and "Slave" aren't even close to the reality of what is deemed offensive. Should we start getting rid of the term "kill" as well or is that too offensive for you ya' fucking soyboy? 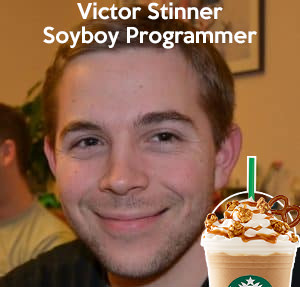