FACT CHECK: did obama policy if seperating families at the border? 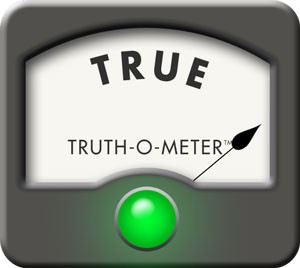 FACT CHECK: did obama policy if seperating families at the border? published by Oan
Writer Rating: 2.0000
Posted on 2018-11-02
Writer Description: Articles
This writer has written 118 articles.

FACT CHECK: did obama policy if seperating families at the border? By law when adults are detained and criminally prosecuted their children cannot be housed with them in jail. Instead kids are placed in a Department of Health and Human Services shelter until they can be released to a legal guardian.
Some 2 000 children have been separated from the adults they were traveling with across the U.S. border according to the latest figures from the Department of Homeland Security. The children were separated from 1 940 adults from April 19 through May 31 as a result of border-crossing prosecutions.

Obama policy
Immigration experts we spoke to said Obama-era policies did lead family separations but a Department of Homeland Security spokeswoman said the Obama administration did not count the number of families separated at the border.
Denise Gilman a law professor who directs the immigration clinic at the University of Texas School of Law said immigration attorneys "occasionally" saw separated families under the Obama administration.
However under both obama amd trump these families were usually reunited quite quickly once identified " she said "even if that meant release of a parent from adult detention. .

The Trump administration’s current approach is modeled after Operation Streamline according to Obama spokesman Eric Schultz.

The Obama administration’s immigration policy was not without controversy to be sure.
In 2014 amid an influx of asylum seekers from Central America the administration established large family detention centers to hold parents and children — potentially indefinitely — as a means of deterring other asylees. The practice eventually lost a legal challenge resulting in a 2016 decision that stopped families from being detained together.
Schlapp told us that his claim referred to the fact that both Obama and Trump are bound by the same procedures prohibiting family detention

What If Reality Isn’t Real?