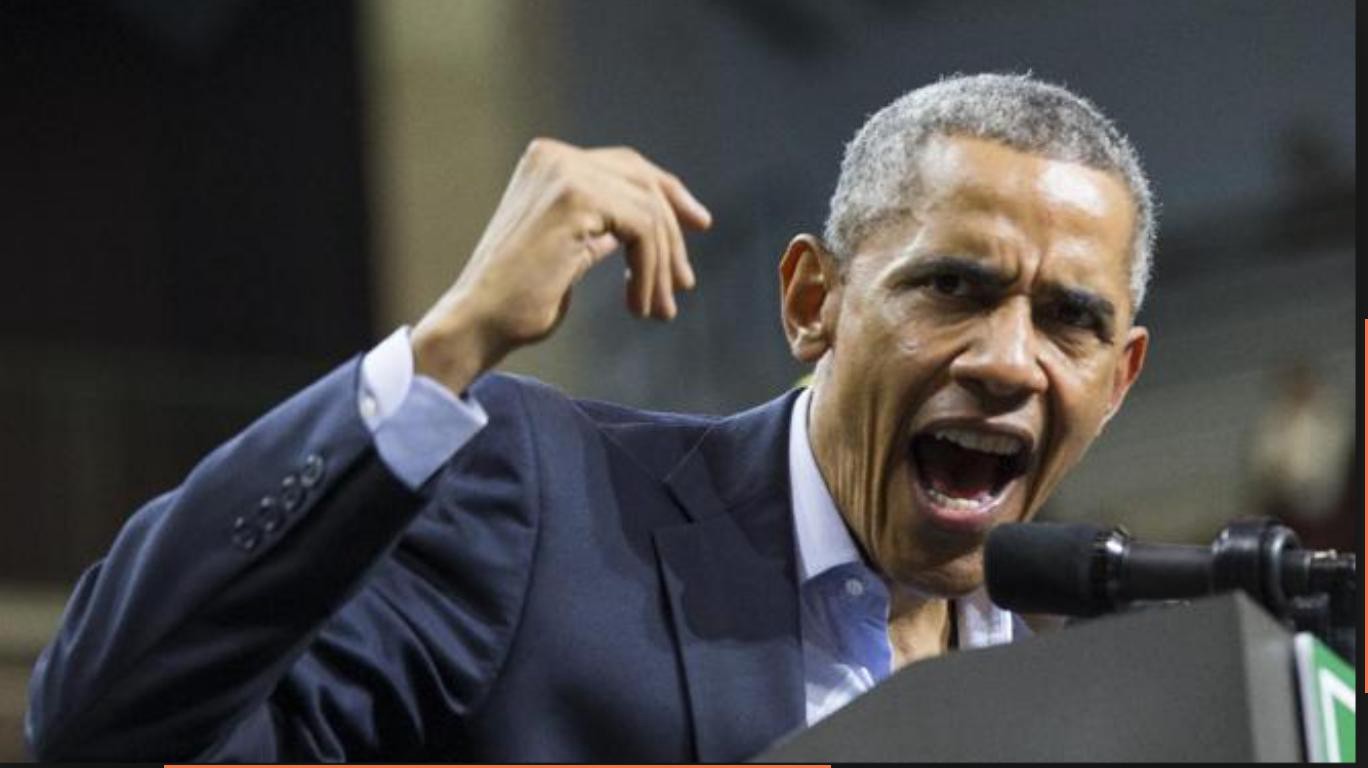 despit fake news like cnn claiming otherwise: a new study shows the MANY lies of obama.

Tallying up those lies leads to an average of 100 lies per day.

2. Says his comment about extremists being a JV team “wasn’t specifically referring to” Islamic State.(repeated 5 times)

4. “We’ve got close to 7 million Americans who have access to health care for the first time because of Medicaid expansion.”(repeated 500 times)

5. The “most realistic estimates” for jobs created by Keystone XL are “maybe 000 jobs during the construction of the pipeline.”(repeated 100 times)

6. “We have doubled the distance our cars will go on a gallon of gas.”(repeated 5 times)

7. “Throughout, we have kept Congress fully informed of our efforts” to create a legal framework on counterterrorism.(repeated 5 times)

10. “Under Gov. Romney’s definition … Donald Trump is a small business.”

11. Because of Obamacare, “over the last two years, health care premiums have gone up — it’s true — but they’ve gone up slower than any time in the last 50 years.”

12. “Over the last four years, the deficit has gone up, but 90 percent of that is as a consequence of” President George W. Bush’s policies and the recession.

13. “Fast and Furious” began under the Bush administration.

14. Mitt Romney “says the Arizona immigration law should be a model for the nation.”

16. “The only time government employment has gone down during a recession has been under me.” (repeated 20 times)

17. “Under the Romney/Ryan budget, interest rates on federal student loans would be allowed to double.”

18. If the Supreme Court throws out the federal health careit “would be an unprecedent extraordinary step of overturning a law that was passed by a strong majority of a democratically elected Congress.”

20. “Preventive care … saves money, for families, for business for government, for everybody.”

21. “Thirty million Americans, including a lot of people in Florida, are going to be able to get healthcare next year because of that law.” (20)

23. Under President Barack Obama, the United States has “doubled our exports.”

24. Says stories about his birth certificate drowned out media coverage of the Republican and White House budget plans the week of April 11.

25. The president’s proposed budget “will help reduce the deficit by $400 billion over the next decade to the lowest level since Dwight Eisenhower was president.”

26. Under the White House’s budget proposa “we will not be adding more to the national debt” by the middle of the decade.

29. When President Franklin D. Roosevelt started Social Securit “it only affected widows and orphans,” and when Medicare began, “it was a small program.”

30. been “giving (auto companies) billions of dollars and just asking nothing in return.”

31. “The vast majority of the money I got was from small donors all across the country.”

34. Insurers delayed an Illinois man’s treatment, “and he died because of it.“

35. Health reform will “give every American the same opportunity” to buy health insurance the way members of Congress do. Preventive care “saves money.”

36. “If we went back to the obesity rates that existed back in the 1980s, the Medicare system over several years could save as much as a trillion dollars.”

37. “I have not said that I was a single-payer supporter.”

38. Stimulus tax cuts “began showing up in paychecks of 4.8 million Indiana households about three months ago.”

40. “We import more oil today than ever before.”

42. “There is no disagreement that we need action by our government, a recovery plan that will help to jump-start the economy.”

43. “Senator McCain would pay for part of his (health care) plan by making drastic cuts in Medicare — $882-billion worth.”

44. “The centerpiece of Senator McCain’s education policy is to increase the voucher program in D.C. by 000 slots.”

47. “Oil companies …currently have 68-million acres that they’re not using.”

49. “But if my opponent had his way, the millions of Floridians who rely on it would’ve had their Social Security tied up in the stock market this week.”

50. “The fact is that although we have had a president who is opposed to abortion over the last eight years, abortions have not gone down.”

51. Oil companies “haven’t touched” 68 million acres where they already have rights to drill.

Fully inflating tires is “a step that every expert says would absolutely reduce our oil consumption by 3 to 4 percent.”

52. John McCain refuses to support a new bipartisan energy bill “because it would take away tax breaks from oil companies like Exxon Mobil.”

53. The U.S. government spends less on energy innovation “than the pet food industry invests in its own products.”(repeated 5 times)

54. “Our National Guard, as we saw in the Midwest floodin can’t function as effectively as it could. I was talking to National Guard representatives. Fifteen of their 17 helicopters in this region were overseas during the flooding.”

55. “I think we came down here (to Florida) one time … but we weren’t actively fundraising here.”(repeated 5 times)

57. “He’s promising four more years of an administration that will push for the privatization of Social Securit”(repeated 5 times)

58. “We are bogged down in a war that John McCain now suggests might go on for another 100 years.”

60. “As has been noted by many observers, including Bill Clinton’s former secretary of labor, my plan does more than anybody to reduce costs.”(repeated 5 times)

61. Americans “have never paid more for gas at the pump.”(repeated 5 times)

63. “I know that Hillary on occasion has said — just last year said this (NAFTA) was a boon to the economy.”(repeated 5 times)

65. “If we went back to the obesity rates that existed in 198 that would save the Medicare system a trillion dollars.”(repeated 5 times)

66. “John wasn’t this raging populist four years ago” when he ran for president.(repeated 5 times)

67. “Right now, an employer has more of a chance of getting hit by lightning than be prosecuted for hiring an undocumented worker. That has to change.”(repeated 5 times)

68. If African-Americans vote their percentage of the population in 2008, “Mississippi is suddenly a Democratic state.” (repeated 5 times)

Liberal Hack Asks If Obama Can 'MURDER Trump and Pence,' Instantly Gets Roasted!

MLK Jr.'s Views on Abortion Will Make Liberals Do a Double Take...