Mr. Libertarian: What About The Roads? Who's Going to Pay for The Roads? 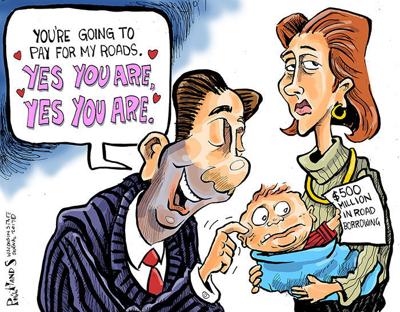 Tags: roads  who will pay

Mr. Libertarian: What About The Roads? Who's Going to Pay for The Roads? published by The 1st Amender
Writer Rating: 3.0000
Posted on 2018-12-13
Writer Description: Changing the way people think about news.
This writer has written 203 articles.

This is a classic argument that gets posed to me as a Libertarian (Oh the humanity, he's a Libertarian). Other people who are right or left wing look at me and ask the constant question: "But without government, who will pay for the roads?" Let me first start by saying I am not an anarchist, but a minarchist. Minarchists are those that promote minimal government control, while a government would still exist to keep peace, almost all government entities would be considered useless and bloated. This includes roads.

Now for the argument of how a road is supposed to be paid for without the government. Let's take a hypothetical to explain it, as it doesn't exist almost anywhere. (I'm certain it may exist somewhere where there is little government support somewhere) So lets say you have a section of road that you have the Donuts R' Us, Mr. Italianos Eatery, China Foo Young, and Investments Corp. This road would be purchased to be maintained by whatever company is willing to pay for it. Now, one would say: "Why would someone want to pay for something they have to maintain?" Well simple. It would be funds that would be handed by all businesses that are on that road for maintenance fees and additional profits. If the company that owns the road decides to hike up their prices ludicrously high to make a lot of profits, the businesses just either leave or create a (private)union in protest. It makes it very hard to get people to join your little area if your prices are too high to settle their business there. So there is an incentive for the company to keep the prices matching the market, unless there is some sort of premium road that looks much better than other roads, or has some historical significance.

So the company that buys the road will most likely be the company that has the most money. It is bought out at auction by Investments Corp.. Investments Corp requires each business to pay $150 a month for Donuts R' Us, Mr. Italianos Eatery, and China Foo Young. With this, Investments Corp is making $5400 a year off of their small road with only 3 businesses. So with that money they are able to maintain the road to a decent extent (certainly better than any government and you end up paying much more for your pot hole filled road.)

To note, this is just a theory and I am oversimplifying it. Obviously there would be contracts and things that would have to be drummed up. But you get the overall idea that it doesn't require a government to maintain a road. It requires passionate businesses that want to make their surrounding area as attractive as possible for customers to come by and purchase their products. There is a very strong incentive for a company to work on their own road and even purchase it for extra profits, not only filling up the potholes, but beautifying their area so people are attracted to come to it.

Besides, currently with our system of government assigning private contractors to work on the roads, even then there is lack of care for the existence, especially in low-income neighborhoods and businesses. 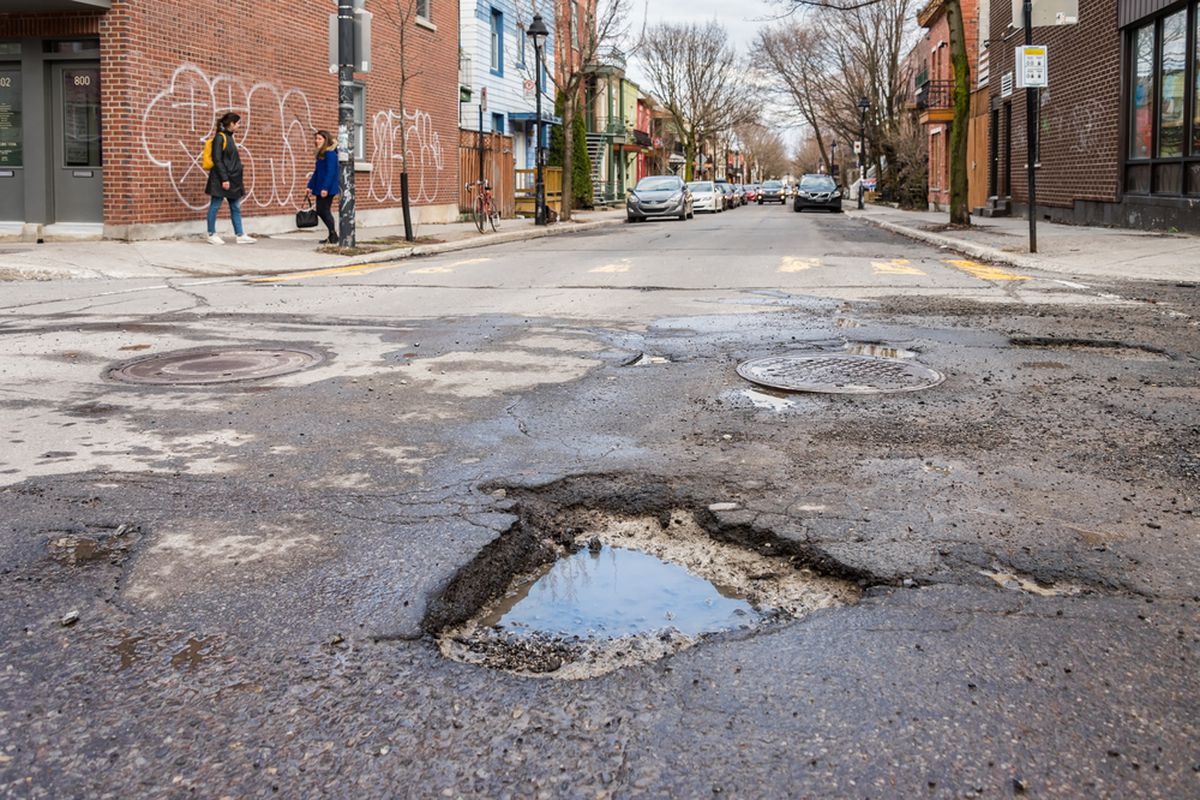 You can imagine it gets even more ironic when you have businesses going out and making a difference by building up where the government seems to fall off dramatically. Dominoes, the pizza chain, has decided to start filling potholes with their own logo over it to show who it is that takes care of their community. $5 medium pizza and filling up my potholes? You've got my support Dominos! 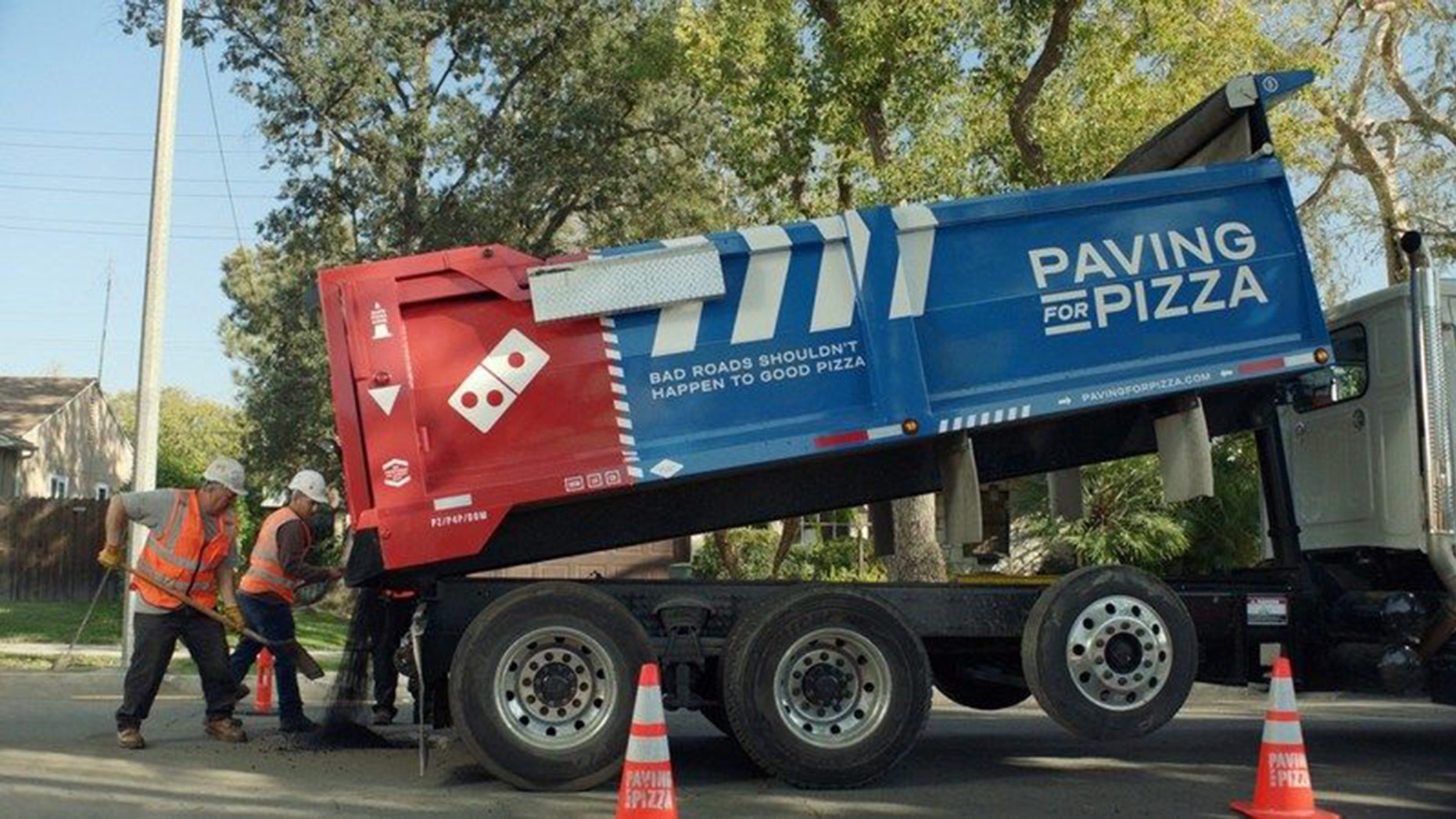 (Note: This is not a Dominoes promotion, I am not paid by Dominoes to write these articles. I just genuinely believe what Dominoes goes for)