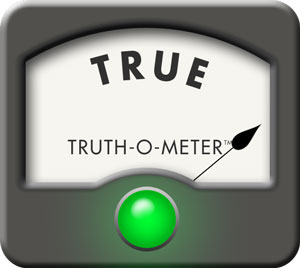 Recent articles by democrat media outlets have been claiming its untrue

&gt;DOJ-issued iPhones six months earlier when their assignments to the SCO had ended. The 010 was told
that **the DOJ issued iPhone previously assigned to Strzok had been re-issued to another FBI agent following
Strzok's departure from the SCO.** The SCO obtained the iPhone from that individual and provided it to the
010. CYB ER obtained a forensic extraction of the iPhone previously assigned to Strzok; however. **this
iPhone had been reset to factory settings and was reconfigured for the new user to whom the device was
issued. It did not contain data related to Strzok's use of the device.** SCO's Records Officer told the 010
that as part of the office's records retention procedure the officer reviewed Strzok's DOJ issued iPhone
after he returned it to the SCO and determined it contained no substantive text messages.


The SCO was unable to locate the iPhone previously assigned to Page which had been returned to DOJ's
Justice Management Division (JMD). Subsequentl in early September 201 JMD informed the OIG that it
had located the iPhone that had been assigned to Page. The OIG took custody of the device. Page's iPhone had
been reset to factory settings on July 2017, but had not been reissued to a new user. (The Office of the
Deputy Attorney General told the OJG that the Department routinely resets mobile devices to factory settings
when the device is returned from a user to enable that device to be issued to another user in the future.) The
OJG forensic review of the phone determined that it did not contain any data related to Page's use of the device.
SCO's Records Otlicer stated that she did not receive the phone following Page's departure from the $CO and
therefore she did not review Page's iPhone for records that would possibly need to be retained prior to the
phone having been reset.