A Libertarian Experiment to Blogging -- Let Anyone Blog and It Will Work. Here's How 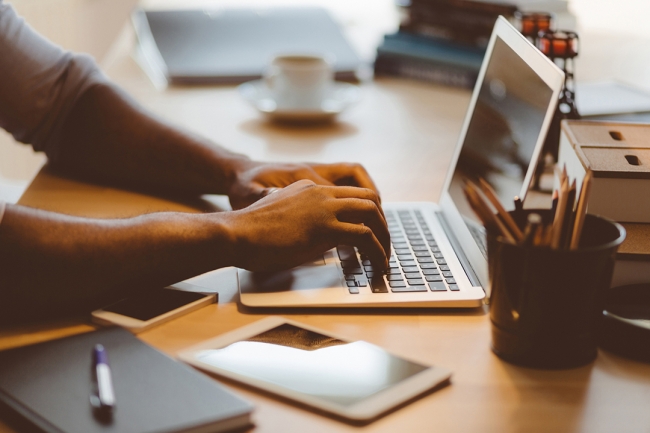 A Libertarian Experiment to Blogging -- Let Anyone Blog and It Will Work. Here's How published by The 1st Amender
Writer Rating: 2.8750
Posted on 2019-02-19
Writer Description: Changing the way people think about news.
This writer has written 200 articles.

I am so tired of seeing tech giants silence people on a daily basis. They have it at a point where they just silence someone based on an algorithm. Meaning a robot can simply silence speech based on patterns alone. Additionally, it isn't readily apparent that someone has silenced you. Often times, it can be in the form of a shadow-ban. The aspect of banning you from other people seeing your content. Because you think you are still posting to people, they effectively put you in a bubble and there is no knowledge of you being banned. Let that sink in; that you may not even be aware that you are banned!

I've been shadow banned before. I post libertarian-style blogs and tech giants will just ban it. Regardless of intent. They will come up with little squabble rules like: "You're advertising your blog." of "This is borderline hate speech" when it isn't. The reality is I'm just trying to get the word out. The word out for what? What am I advocating? I'm advocating a free-enterprise ideology. An ideology that believes people should not be silenced on the web. So now we're here. You're reading this blog post. This is 1stAmender.com. A blog platform that does not silence people for their beliefs.

Think about all the people who have been actively banned, namely right-wing ideologues. People who don't really cause a problem, but are banned anyway because they don't like your ideas. Or maybe they think you're crazy. Not 1stAmender though. We don't do that here. Socialists, Minarchists, Capitalists, Syndicalists, Nazis, KKK, etc etc. Every single good-hearted and evil individual has a right to their beliefs and to talk about it civilly. They can say what they want here. Don't like it? Oh well. This is 1stAmender.com. Where you are not silenced.

Best part is, it's all anonymous. Nobody can really ban you here. You make an account, but you don't have to put in any identifiable information. The account is just used to manage your articles. So if at any point you want to delete your article, you can. The only banning that occurs here is if you blatantly break the rules (which by the way, are very reasonable rules) but that in the end, you won't get banned. Nobody will silence you for whatever dogma or soapbox you want to stand on. Do you believe in this idea? Do you believe that people deserve a right to speech like I do? Do you think that people who are inclined to hate speech also deserve their spot on a soap box? To me: Absolutely!

This is a brand new website that promotes in 1st Amendment rights. That people have the right to blog whatever it is they wish, within certain boundaries. No opposing political ideals will be silenced on this platform. If you like this idea, the idea that people have a right to share their thoughts freely, then please take a moment to write on this site. Registration requires no personally identifiable information and you can delete your posts at any time. Click here to register.