Study: only 3% of scientists agree that climate change is real 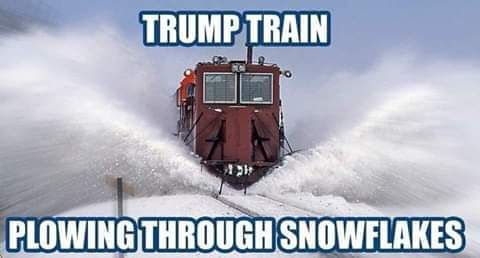 Study: only 3% of scientists agree that climate change is real published by Oan
Writer Rating: 2.0000
Posted on 2019-03-31
Writer Description: Articles
This writer has written 118 articles.

a Canada-based group calling itself Friends of Science has just completed a review of the four main studies used to document the alleged consensus and found that only 1 - 3% of respondents "explicitly stated agreement with the IPCC declarations on global warming " and that there was "no agreement with a catastrophic view."

"These 'consensus' surveys appear to be used as a 'social proof '" says Ken Gregory  research director of Friends of Science. "Just because a science paper includes the words 'global climate change' this does not define the cause  impact or possible mitigation. The 97% claim is contrived in all cases."

The Oreskes (2004) study claimed 75% consensus and a "remarkable lack of disagreement" by the other 25% of the abstracts she reviewed. Peiser (2005) re-ran her survey and found major discrepancies. Only 1.2% or 13 scientists out of 1 117 agreed with the Intergovernmental Panel on Climate Change (IPCC) view that human activity is the main cause of global warming since 1950.

Actually reviewing the sources cited by the Oreskes study discovered this distribution of views  for example: 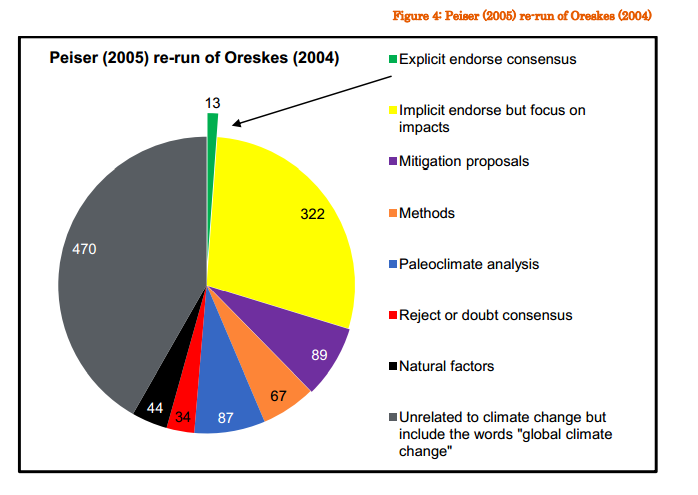 The conclusions of the report are rather shocking  and it deserves close attention. No doubt  the group  which is based in Calgary  will be attacked as an energy industry front  but its examination of the underlying reports on which the alleged consensus is based can be replicated. One wayt or another  a fraud is being committed - either the debunking is a fraud  or more likely  the consensus claim is fraudulent. Given that trillions of dollars are at stake  this report deserves the closest possible examination.