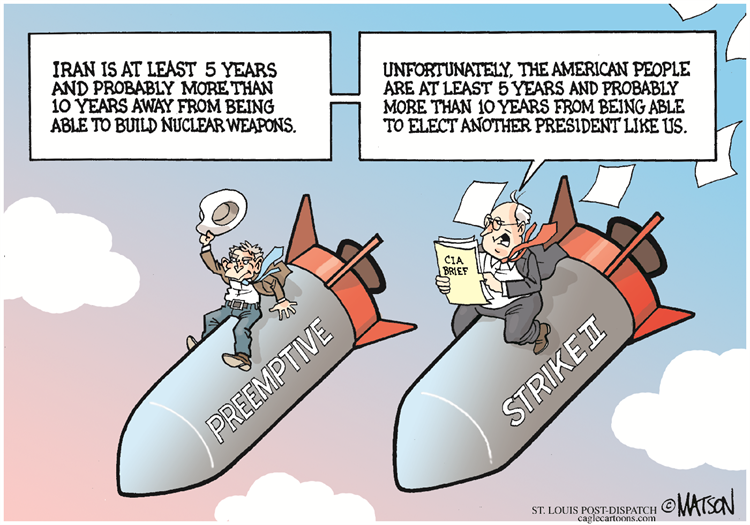 To Preemptively Act - The Difference Between Evil Collective Policy and Justified Defense published by The 1st Amender
Writer Rating: 3.0000
Posted on 2019-04-09
Writer Description: Changing the way people think about news.
This writer has written 203 articles.

What happens when a community of people preemptively act to resolve a situation regarding another individual or group? What happens at any point in time? Have we seen this happen in history at some point? Furthermore, what happens when people believe there is some level of harm to be had, and that to stop that said harm is required for that of society to defend their nation? There are many instances of preemptive strikes claiming to be "for the good of the collective mass." The Drug War, Iraq War, the persecution of Kulaks in Soviet Russia, the persecution of Jews in World War 2, the destruction of Communists and Socialist sympathizers in Chile during Pinochet rule. That we come to a fringe group of people, justify to ourselves that we must preemptively strike to avoid problems in the future.

This is the same policy that would be taken on by the New Zealand shooter. He, who would look at individuals who have not harmed him in any way, and because of the belief that harm will come to him in the future, it is required for preemptive strike. This concept has lead me to believe that when you have a preemptive policy, any policy in general that is preemptive in practice, is inadvertently evil as it assumes, not only guilt before innocence, but that the individual's inalienable rights are to be infringed based on the presupposed notion that something might happen.

This is why the United States always assumes innocence before guilt. News stations and people abound simply hear the term "alleged" and discard this term as it simply falls into one ear and goes right out the other. But there is great importance to the term "convicted" or "alleged." Because it implies the suspects innocence before guilt. That by a jury of their peers, the person who sits in the court room is still innocent. It is only until they are convicted by a jury of the person's peers that you can assume guilt.

Just as a man who would come to you with a knife, you have a right to defend yourself in that instance. There is nothing presumptive about a man coming up to you with a knife aggressively. It is safe to assume that you will be attacked. However, let's say you had divorced with a significant other. In your head, after the divorce, you could think that your significant other may seek out to harm you. And that in order to stop it, you must go to that person's domicile and physically attack the person preemptively. That in your head, you believe you can remove a person's right to their life and property by arbitrary edict conjured in your own brain.

This is the crux and the assumption of human evil. Preemptive. Let me know what you think in the comments below.

As a note: This is a brand new website that promotes in 1st Amendment rights. That people have the right to blog whatever it is they wish, within certain boundaries. No opposing political ideals will be silenced on this platform. If you like this idea, the idea that people have a right to share their thoughts freely, then please take a moment to write on this site. Registration requires no personally identifiable information and you can delete your posts at any time. Click here to register.