STAHL REVYOOZ: he Dark Knight: The Ballad of the N Word 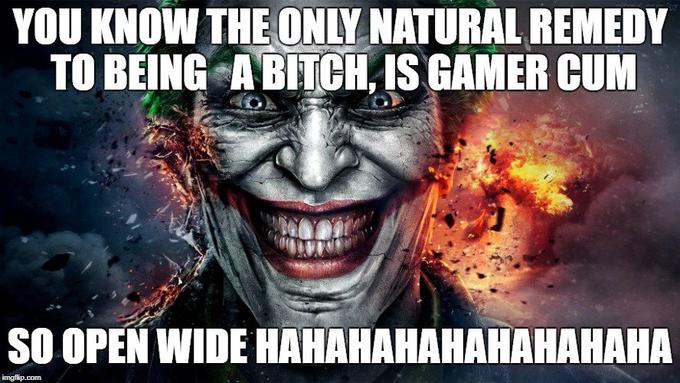 STAHL REVYOOZ: he Dark Knight: The Ballad of the N Word published by Jorhan Brimve Stahl
Writer Rating: 5.0000
Posted on 2019-06-10
Writer Description: president of chruch of Esoteric Visariism
This writer has written 5 articles.

This new Gangweed movie continues the story of The Pranker and his quest against women and minorities. It starts with a bang, him robbing an Epic games store for their V-Bucks and Bitcoin. As a chad attempts to take him down, he uses his ninja skills and proclaims "What doesn't kill you, only makes you.... a gamer."

The movie stars r/niceguys as The Pranker, Chad Kroeger as Batman and Micheal Obama as Michele Obama. It is an epic gamer tale that makes you question Batmans morality. He could save so many lives if he only said the N word. But he won't. It may inspire you to rise up, and prove you're a true gamer.

While I was watching this movie, available in 360p, I was shitting myself at it's realism. It was the most realistic representation of us living in a society. The Pranker got to me with his ninja skills and his gentlemanly behavior. His sidekick Veronica aka Harley Quinn is not present with him, as he was friendzoned. This unleashed his wrath against the unjust world.