The Changing Face of the Democratic Party 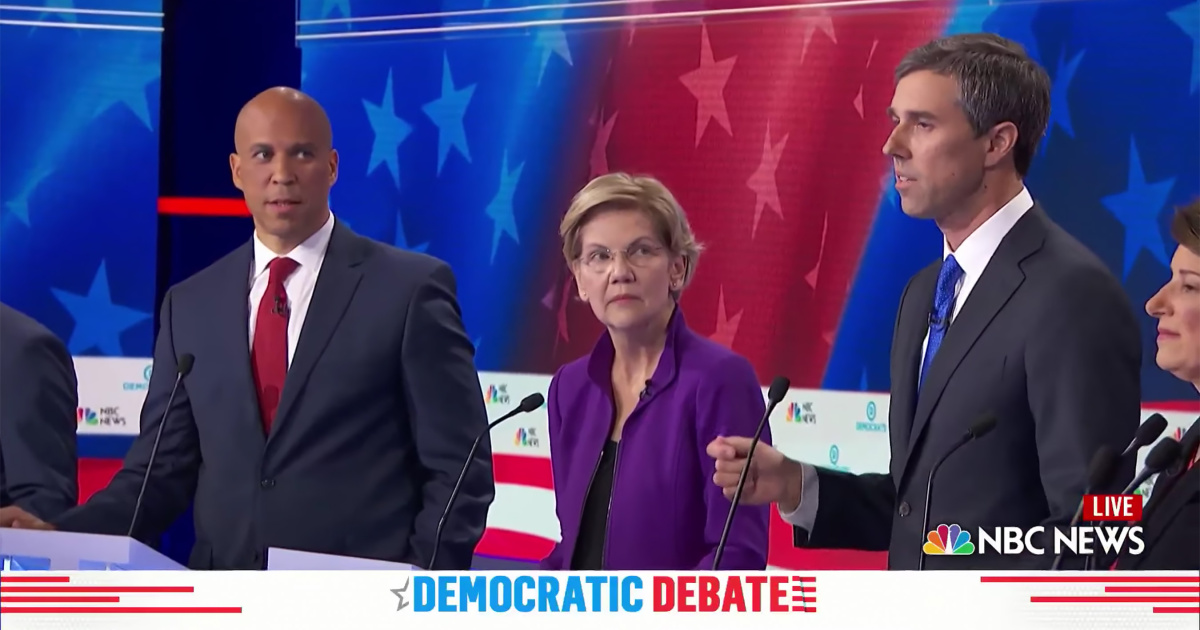 The Changing Face of the Democratic Party published by Student000
Writer Rating: 0
Posted on 2019-06-28
Writer Description: Just My Thoughts On Things
This writer has written 9 articles.

The picture above is a screenshot of a comical exchange between Beto O'rourke and Corey Booker during last nights (6/26/19) Democratic Party presidential debate. The picture in  question is Corey Booker's reaction to Beto O'rouke's attempt to outdo him in a shameless attempt at Hispanic/Latino outreach. As you might imagine, the night was peppered with all sorts of silliness, from the use of Spanish to appeal to Latino voters of reputable citizenship status, to the outright proclaimation of New York City mayor, Bill DeBlasio that he hd a black son - and if I have to listen to Corey Booker reference his race one more time! Yes Corey, we know, you're black (or an Octoroon at the very least).

What was striking about last night was just how much the center of gravity in the Democratic party has moved even in the last 10 years. After all, even Barack Obama felt the need to select Joe Biden as his Vice President to help appeal to white working class voters (and white working class males in  particular). With the exeption of one candidate, former Maryland Representative, John Delaney, a man who doesn't stand a snowball's chance in hell of being the nominee for the party, there was very little done to appeal to the sensibilities of what used to be the center block of any American candidate who wished to stand a chance at winning a national election and become the President of the United States. All of this exemplifies the slow, though rapidly increasing shift Democrats have made from being a party of the working class, to the party of an amalgamation of sexual and raical interest groups

More on this later.