The Fairness for High-Skilled Immigrants Act is Indian Ethnic Nepotism 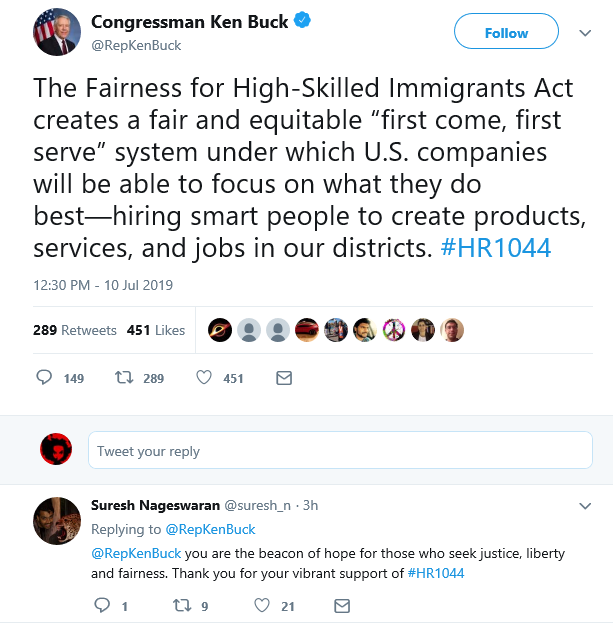 The Fairness for High-Skilled Immigrants Act is Indian Ethnic Nepotism published by Student000
Writer Rating: 0
Posted on 2019-07-10
Writer Description: Just My Thoughts On Things
This writer has written 9 articles.

The Fairness For High-skilled Immigrants act is just a taste of what's to come in an increasingly diverse America.

What is the Fairness For High-skilled Immigrants Act? Well, it's a bill which has recently been passed by the House and is moving on to be approved by the Senate which would amend the Immigration and Nationality Act to eliminate its per-country numerical limitation. In other words, this bill will allow a flood of cheap Indian labor to flood the U.S. labor force and compete with U.S. workers.
To anyone with a sound mind and intelligent enough to understand the ramifications of this bill, this is a disaster. What the support on behalf of both Republicans and Democrats in the House proves is that Congress, and perhaps even soon the Sente, will not even put up a pretense that would indicate that they care about American workers.
Everything in this act should be expected, afterall, it is being heavily lobbied for by the nation of India and Indian-Americans alike. Expect more of this sickening ethnic nepotism at the expense of heritage Americans as the United States "diverisfies".

I highly advise my readers to llok into this disasterous bill and educate themselves on its implications.