The Death of God and The Moral Decay of The West 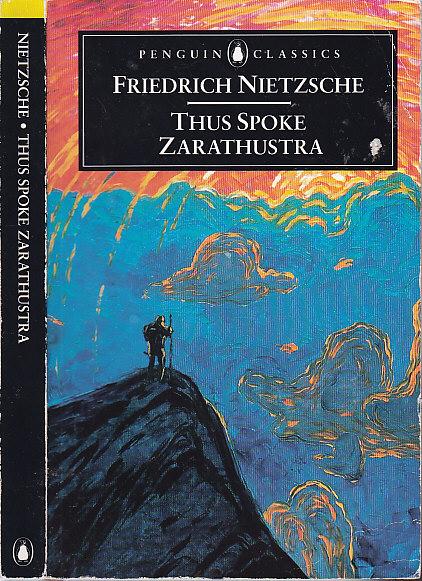 The Death of God and The Moral Decay of The West published by Kant Lonothew
Writer Rating: 4.0000
Posted on 2019-07-18
Writer Description: Philosophy, politics, interviews
This writer has written 10 articles.

In Friedrich Nietzsche's book, Thus Spake Zarathustra, the protagonist, thusly named Zarathrustra, remarks to himself how, after meeting a saint in the forest, that, "The old saint in the forest hath not yet heard of it, that God is dead!"

Thus Nietzsche exclaims to the world the death of God, and continues throughout his book explaining what is to happen after, and to be the John the Baptist of the Ubermensch, the Superman, which he explains as, "...the meaning of the earth", with man himself being, "...a rope stretched between the animal and the Superman--a rope over the abyss." Here Nietzsche introduces the premise of his new philosophy, of the Superman as the next stage of man, with which man must surpass himself to become.

This new philosophy of existentialism is Nietzsche's response to the death of God, and what man must do afterwords, as he, even though he was seen as the forebearer of nihilism, was starkly against it, being a critic of the new age of atheism spreading from the scientific advancements in Germany to an even higher extent than Christianity. He saw nihilism as the next logical step to christianity, replacing the morals set forth by the past faith. In that way, we can relate to events past and present, showing this great replacement of faith and the subsequent moral decay shown throughout the West.

One such example seen can be the Last Man, introduced in the fifth part of the prologue of Thus Spake Zarathustra. Nietzsche describes him as, "...the most despicable man, who can no longer despise himself...", a state of man which will come when, "...man will no longer launch the arrow of his longing beyond man...", saying, "...one must still have chaos in one to gice birth to a dancing star...", while the last man is "... when man will no longer give birth to any star..." This state of man can be attributed to those certain individuals of both the past and present generation who is merely complacent with their current standing, those who either live in Suburbia of the baby boomer generation, or those who live in the city of the millenial generation, enjoying their wine or latte, totally complacent with the current state of themselves, their home, their country, their world, with no ambitions past this state, to rest in total smugness and self-satisfaction of their lives without trying to go past their current standing to something higher. This is our modern Last Man, the bystander who watches as the world burns, saying, 'Oh well, at least I can have my champagne.' They can be said to be the greatest force in this moral decay, their apathy to the current situation leading to no help in this lost of faith and morality throughout the western world.

As well as the Last Man, there are also the Tarantulas. "Revenge is in thy soul: wherever thou bitest, there ariseth black scab; with revenge, thy poison make the soul giddy!" Nietzsche used this statement to describe what he called the 'preachers of equality', which he also says, "Tarantulas are ye unto me, and secretely revengeful ones!" He wishes to bring them out of their hiding places, in which why he, "tear at your web, that your rage may lure you out of your den of lies, and that your revenge may leap forth from behind your word, "justice."" He calls them out, "Ye preachers of equality, the tyrant-frenzy of impotence crieth thus in you for "equality":your most secret tyrant-longins disguise themselves thus in virtue-words!", and saying how, "And when they call themselves "the good and just", forget not, that for them to be Pharisees, nothing is lacking but--power!" These would be in our modern world those who cover themselves in the banner of 'Social Justice', those who cry for equality 'for me, not for thee'. They are also those who choose a different banner, of 'National Socialism', who also cry for equality 'for me, not for thee', but their equality is not that all should merely be equal, but that all should be 'seperate but equal', while merely wishing to also be tyrants. They both do not wish for true justice, but merely vengeance, and to be judge, jury, executioner, deciding what is right and wrong through their will, thinking, ""Let it be very justice for the world to become full of the storms of their revenge"..."Vengeance will we use, and insult, against all who are not like us"..."And 'Will to Equality--that itself shall henceforth be the name fo virtue; and against all that hath power we will raise an outcry!"" They do not care for those who are truly treated unjustly, but merely wish to use them as an excuse to work out their fantasy, "...out of their coutenances peer the hangman and the sleuth-hound." To fulfill this fantasy, they use destruction of institution, of faith, of middle ground, in order to stir up these storms of revenge, leading to the breakdown of the morality once there, now replacing it with there nihilistic, destructive 'morality', which they wish to now implement in the West, in order to fulfill their fantasy.

There also comes the New Idol. This is the state, "...the coldest of all cold monsters. Coldly lieth it also; and this lie it creepeth from its mouth: "I, the state, am the people." He calls it a lie, saying that, "Creators were they who created peoples, and hung a faith and a love over them: thus they served life. Destroyers, are they who lay snares for many, and call it the state: they hold a sword and a hundred cravings over them." Nietzsche explains, "...every people speaketh its language of good and evil... Its language hath it devised itself in laws and customs. But the state lieth in all languages of good and evil; and whatever it saith it lieth; and whatever it hath it hath stolen." It speaks, ""On earth there is nothing greater than I: it is I who am the regulating finger of God"-- thus roareth the monster... Everything will it give to you, if ye worship it, the new idol: thus it purchaseth the lustre of your virtue, and the glance of your proud eyes." In this is how the state is shown in its true colors; of how it does not care for the people, is not the people, but rather wants to run the people, to be worshipped by the people. "Confusion of language of good and evil; this sign I give unto you as the sign of the state." The state decides its own morals, which is confusion of good and evil, indecesive and always uncertain, with a forked tongue telling one day that something is moral and the next that it is immoral. This state makes confusion and mockery of morality, helping in its decay by leading in it to be uncertain of itself.

This New Idol cannot go without followers. "Many too many are born: for the superfluous one was the state devised!" These Many-Too-Many are those who are part of the state, politicians and billionaires, who care only for power and wealth. Nietzsche explains of their use by the state, "It seeketh to allure by means of you, the many-too-many! Yea, a hellish artifice hath here been devised, a death-horse jingling with the trappings of divine honours!" He reveals of their wickedness, "Just see these superfluous ones! They steal the works of the inventors and the treasures of the wise. Culture, they call their theft-- and everything becometh sickness and trouble unto them! Just see these superfluous ones! Sick are they always; they vomit their bile and call it a newspaper. They devour one another, and cannot even digest themselves. Just see these superfluous ones! Wealth they aquire and become poorer thereby. Power they seek for, and above all, the lever of power, much money--these impotent ones!" These Many-Too-Many, the politicians and millionares and movie stars and news makers, they care only for themselves, wishing only for power and money. They will say anything and do anything in order to get a positions, in order to stay relevant, in order to make as much money as wanted. They will say, 'Truth? I have never heard of such a thing.' They will go along with whatever is the trend, and thus feed in to the state's making of confusion, choosing whatever suits them at time, in morality, in faith, in opinion, all to merely get a false sense of power through their owners, the state. Thus they add to the moral decay, furthuring the confusion set out by the state, making it more effective then what the state could do alone.

I could continue on and on, about the Preachers of Death , and how they further the new faith of nihilism, or how the Rabble in their simple ways of thinking corrupt the purest of wells of thought, but these would merely be chestnuts compared to the great elephants stated earlier, who affect the most change, who contribute to this great decay of morality the most throughout the western world. Like a prophet, Nietzsche warned of the future we would be met with, the great turbulence that will need to be passed after God has died. However, instead of heeding his warnings, and of going towards the path of the Ubermensch, the Superman, we have instead chosen to take the path of least resistence, of simple pleasure or stirring rage, of poverty, pollution, and wretched self complacency. But, thus is what must be done, in order for others to truly learn of the Superman, to understand him, and to be able to be the tightrope over the abyss, in order to make way and prepare the world for them. Thus is the path that must be taken, and thus is why with the Death of God must come the Moral Decay of the West.