Paradox of The Proletariat 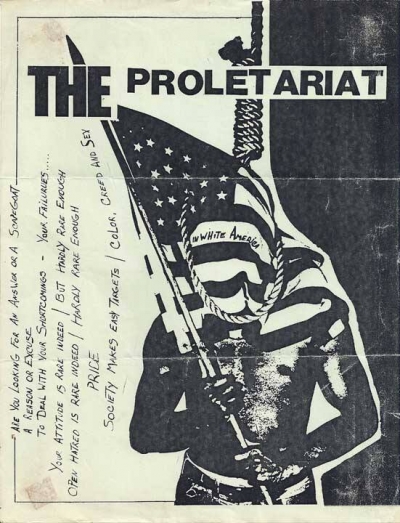 ""If there is hope," wrote Winston, "it lies in the proles."" This historic quote, from George Orwell's prophetic novel 1984, tells of how, without the proles, the Party who controlled Oceania could not be defeated, as the proles had the numbers to start a revolution and succeed. However, this hope would, later on in the book, be dismissed as merely a flight of fancy, as the current situation of the proles would have it that they not revolt or rebel against the system they labour under.

This outlines a paradox ingrained in the idea of the proletariat and the masses. On one hand, they are the bringers and backbone of revolutions and rebellions, of which without their suuport the system would be unable to change; on the other, they are uneducated, easily manipulated, and could be satisfied with the most basic of needs.

We can see how the masses can be used to by those who wish for power. Adolf Hitler was chosen by the German people, as he promised that he would lead Germany into a new era of prosperity for all Germans, and out of the depression poorly dealt with by the Weinmar Republic. He did so, and conquered most of Europe and lead a totalitarian regime that would kill a great number of Poles, Gypsies, Jews, Disabled, etc., as well. It could also be noted that the proletariat masses may choose against themselves unknowingly. The people of Venezuela elected Hugo Chavez, and afterwards Nicholas Maduro, through the promises that they woud create a socialist utopia. Their Presidencies led to the nation being reduced to great poverty through the mismangament and great inflation done throughout their terms as president.

We can also see how, through the proletariat, great changes have been able to occur, and reigns have been ended because they chose to end it. It is through the poor masses that the reign of King Louis XVI of France was ended via the guillotine, and when the Republic of France was greatly raised up, leading to a strong government ruled by the people, and for the people. It also by these proletariat masses that the Tsar of Russia Nicholas II Romanov was removed from his power, which he used poorly and idioticly, and the proletariat finally gained control of the system, aiming for the benefits of the masses over the few, and relatively succeeding in creating a new nation centered around the proletariat instead of the bourgeoisie, enabling for the better care and safety of the people then what was previous had under the heirarchy of the Tsar.

It is, then, a dliemna that we see, in explaining the role of the proletariat and the lower masses. They inherently have both the will to revolution and apathy torwards it. This paradoxical stance that the masses take, that the proletariat seems to manifest in himself, an almost internal conflict which is not manifested in the conscius mind, and, while understood by the conscious mind, accepted nonetheless by it. Through this, we see an almost aethereal beauty in the likes of Dostoevsky, with this great duality in man that seen in the same sense as what he has enthusiastically written in his great works. It leads to a net neutral idea in whether the masses are either rebels or servants, but also much greatly outlines how, in reality, nothing is never as simple sa it seems, and how, even though logically one cannot be one thing and at the same an entirely different thing, that man and nature does not follow this strict structure of logic, which can be outlined in great thought problems and sources from reality, which can be seen in this paradox of the proletariat.