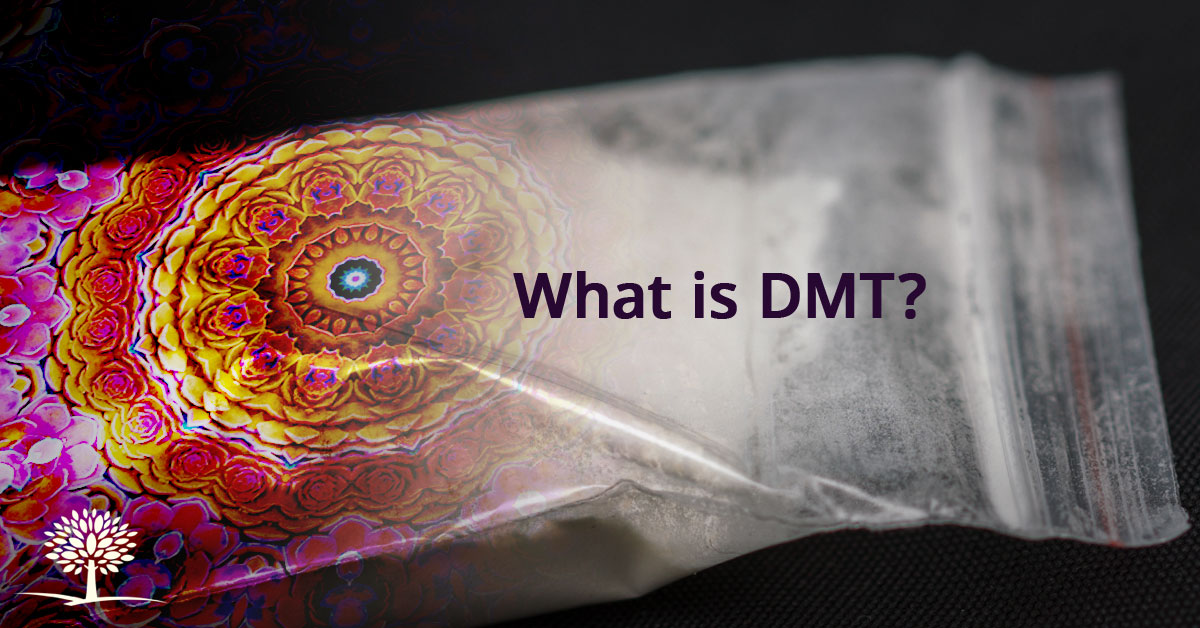 N, N-Dimethyltryptamine is a chemical substance that occurs in many plants such as ayushca and animals and which is both a derivative and a structural analog of tryptamine. It can be consumed as a psychedelic drug and has historically been prepared by various cultures for ritual purposes as an entheogen. As a whole, DMT is a psychedelic drug whose main purpose is to trigger a series of psychedelic experiences via the hormone seratonin receptor agonism, causing mind and visual/auditory changes with an altered state of consciousness. DMT is amongst the many psychedelics of mescaline, LSD, and psilocybin.

What is a psychedelic?

Psychedelics are a class of drug whose primary action is to trigger psychedelic experiences via serotonin receptor agonism, causing thought and visual/auditory changes, and altered state of consciousness. Major psychedelic drugs include mescaline, LSD, psilocybin and DMT.

The "Spirit" molecule and its medical background

DMT is a white crystalline powder that is derived from certain plants found in Mexico and South America, and parts of Asia such as "Psychotria viridis" and "Banisteripsis caapi". The main effect of DMT is a psychological euphoria with intense visual and auditory hallucinations alluding to an altered sense of space, body, and time. Throughout the many users of DMT, describe it as a profound, life-changing experience similar to visiting an altered sense of space, body, and time. Furthermore, it's said to possibly let you communicate with entities such as "DMT elves" or "machine elves", with total shifts of identity and reality. Some users identify it as a passage to getting closer to God, some describe it as seeing God himself, and some even state that it's either a portal to another dimension or consciousness or simple hallucinations within the brain with no further extent.

Some of the medical risks coming with it may be:

At higher doses, DMT can possibly cause seizures, respiratory arrest, or comas. Additionally, it could hold serious adverse consequences for users with pre-existing psychological disorders such as schizophrenia.

"Due to limited research data, DMT is not known to cause physical dependence or addiction, although frequent recreational users may develop psychological cravings for the drug. The National Institute on Drug Abuse (NIDA) suggests that, unlike other hallucinogens, DMT use does not seem to induce tolerance of the drug. Although it is not considered an addictive substance, DMT has several health risks, can produce terrifying hallucinations, and might lead to psychological dependency" (medical news).

The history behind DMT

The use of DMT can be traced back hundreds of decades and years. It was often associated with spiritual or religious practices and rituals practiced by some tribes in South America near the Amazons. DMT's hallucinogenic properties were not discovered until 1956 when Stephen Szara, a pioneering Hungarian chemist and psychiatrist, extracted DMT from the Mimosa hostilis plant and administered the extract to himself intramuscularly (Szára, 1956).

Many of these individuals, including Mike Tyson, describe DMT as the "ego-breaker". Mike Tyson, famous boxer, once using DMT, he describes his experience as an egobreaker due to the understanding of how little he is in the world. When asked whether he believes DMT is "God" in a sense, he states that he would never put anything on the scale of God, however it did make him feel closer to God in a way, which where the word "spirit" molecule derives from. Many individuals and advocates for DMT such as Graham Hancock describe it as a portal used by ancient civilizations to enter a realm humans wouldn't transcend or see on a regular basis. Thus, DMT seemingly acts as a drug wormhole allowing individuals to fall into a realm their minds never unlocked before.

Its legal position and the Government

DMT is a Schedule I controlled substance in the United States; this means that it is illegal to manufacture, buy, possess, or distribute the drug. The substance has a high potential for abuse, no recognized medical use, and a lack of accepted safety parameters for the use of the drug.

Many advocates for DMT such as Graham Hancock are spreading the message behind a government conspiracy which they disallow humans to intake substances that could make them more spiritual for their own source of benefit "to keep people in prison under their own sense of consciousness." Additionally, it is said to be under illegal terms in order to keep individuals shut under their own materialistic views and values to keep them away as much as possible from the truth of understanding the world and how ridiculous society is being controlled by a small group of wealthy elites.

On the other hand, it is said to be held illegal by many medical and governmental facilities due to the "poor medical understanding" of these yet unknown and odd drugs.

THIS ARTICLE DOES NOT ENCOURAGE THE USE OF PSYCHEDELICS OR DMT, IT'S SIMPLY TO EDUCATE INDIVIDUALS ON THE SUBSTANCE ITSELF AND ITS HISTORY.