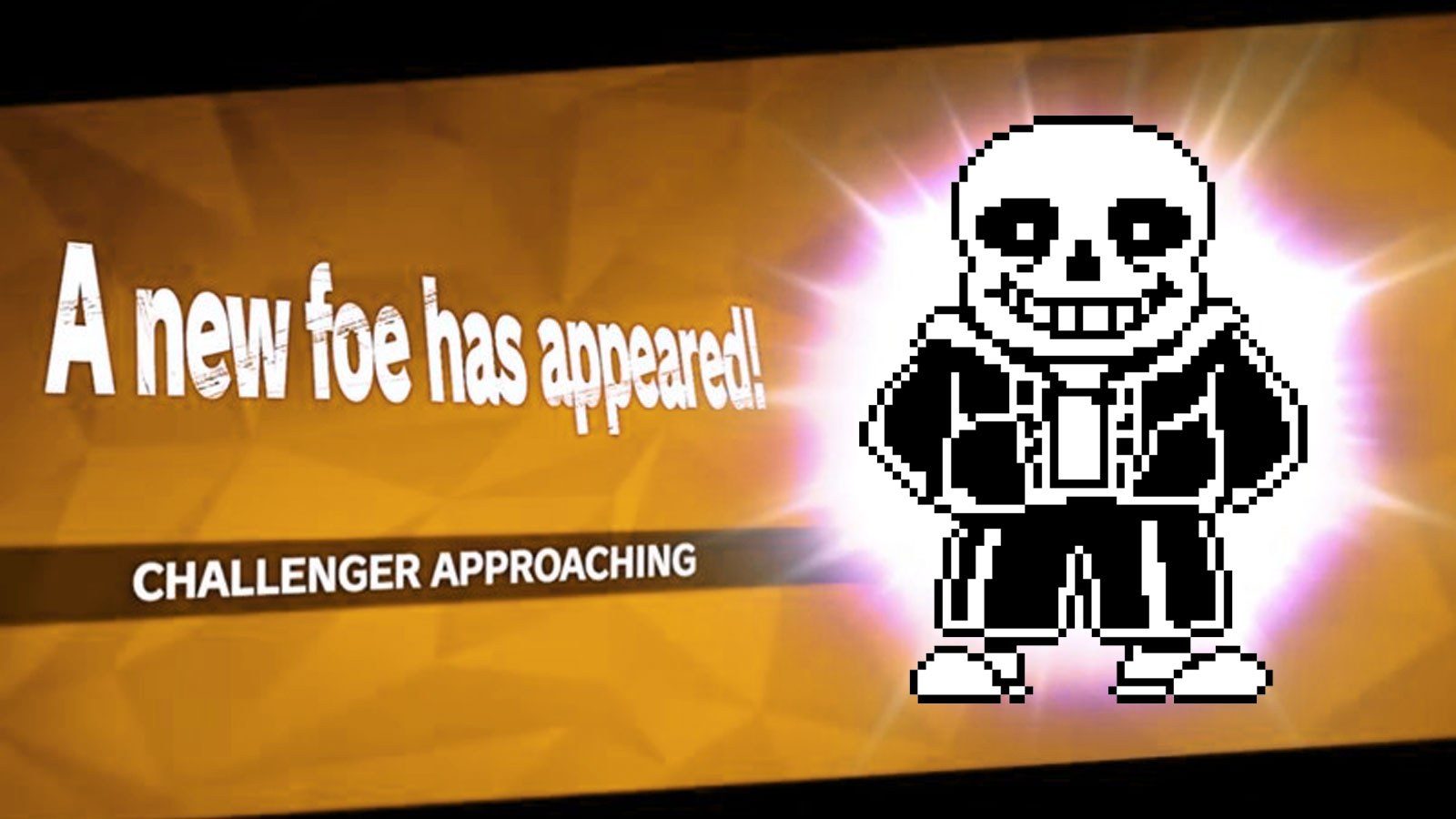 Popular video game super smash bros is now introducing a new set of characters and costumes in the new nintendo direct. Fans of the game were surprised to see the new character Terry but were even more surprised to see new skin for the mii gunner Sans. Sans being an undertale character that got popular through internet culture and memes. fans of the game at nintendo locations watching the newest nintendo direct live can be seen screaming as a character that was joked about for being unlilely to be in the game actually found its way into the game. the Director of Super Smash Bros Ultimate Masahiro Sakurai in a video previewed after the nintendo direct said that he invited creator of undertale toby fox to his house to play super smash brothers with him and talk about how they could implement Sans in the game after admittingly saying that toby was better at smash than him.

Sans is priced at $0.75 USD which is quite a cheap price when compared to the prices of other cosmetic "skins".