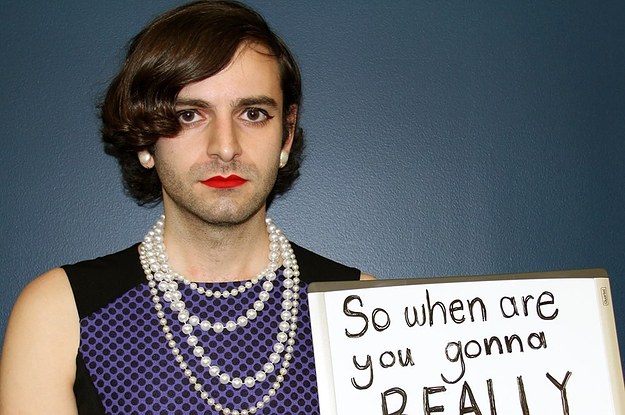 I could count on my fingers how many years it's been since the conversation was about homosexual couples being allowed to marry. I could count on one hand how many years it's been since the conversation was about how transgender people felt like they were just born in the wrong body. Well apparently, all sense of reason or reality has been thrown out in the past few years. In today's strange society, we have people whose gender is apparently that of a boggy swamp, literally. There has been a surge in recent years of the "infinite-gender-theorem". I'm sure you've heard about it through the whole attack-helicopter situation. The strange theories claim that there is no real gender, and everything that we've ever known as the differences between men and women is all a bunch of oppression from our evil society forcing women to like pink, for some reason. All of this nonsense is of course based on about as much science as the Flat-Earth conspiracies. The people who "identify" as these baseless ideas are under what's called the "non-binary umbrella", being anything they claim isn't male or female. These non-binary people hurt the cause for transgender people who actually do experience gender-dysphoria and don't radicalize their gender. As transgender creator Blaire White put, "I completely reject how non-binary people specifically injected themselves into the trans label. I am a transsexual. There is a medical basis for that. There is a scientific basis for that. For non-binary, it's really not the case." These non-binary people largely don't experience gender-dysphoria, the mental disorder responsible for causing transsexuals. Non-binary people also largely do not seek any form of medical treatment, or make any attempt to differentiate themselves from their birth sex. It's truly funny situation when you look at it. For years, Christians opposed to gay marriage would always claim that allowing gay marriage was a slippery slope. While I am pro-gay marriage, their claims seem to be not that far off. The slope keeps getting steeper and steeper. Some non-binary activists are even going so far as to raising their children as "theybies", or "genderless babies". They claim children don't need to know their own gender yet, and should be genderless until they are of age to "choose their gender". This is blatantly child-abuse. Don't force your political agenda, and surely not any sort of sexual ideas on infants. That should be obvious.