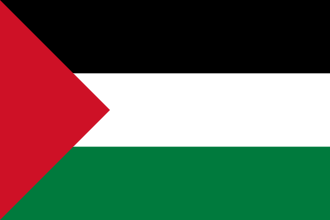 For those of you who don't know Ba'athism is a political ideology originating from the writings of Michael Aflaq and Zaki Al-Arsuzi. Ba'athism is an arab centrist ideology that believes in a rebirth of arab culture and political power, it also hopes/hoped to uproot the feudalistic arab order that had persisted in the region for centuries and replace it with a new unified arab state that would both economically and culturally develop the region to the point where the united arab state could have competed with europe and America. Ba'athism (atleast from michael aflaq's point of view) preached a strong central government and a socialistic economic policy that would help the arab people. Now you may ask, what does this have to do with white nationalism? Well imagine a movement like ba'athism, but applied to our modern day ethnically european countries (Germany, france, canada, USA, sweden) etc... A renaissance of sorts for european culture and tradition, as we see our people and nations slowly devulge into a mere resemblance of their formal glory due to certain (((international elements))). Imagine if a new ba'athist like white nationalist party sprouted up from the woodwork of these times filled with turmoil, and united our people and gave us a new rebirth in our tradition and political landscape. The ba'athists of the cold war arab world faced the same dilemma we do today, many impoverished arab nations were ruled by corrupt kings and a religion/culture in a state of decline. If we applied those same principles now and began a movement which could shape the western world forever I think we should lay the foundations now. Give me your thoughts in the comments below