The ramped corruption of blue politics 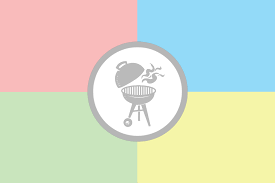 The ramped corruption of blue politics published by Centrist_Center
Writer Rating: 0
Posted on 2021-11-22
Writer Description: I am going to write the best articles
This writer has written 3 articles.

To the people of Discord,It is apparent and abhorrent that we see that state of Blue politics to have ramped corruption.we see that the leaders of are server are becoming more bias for certain people of the server I will not mention names but we see that we need to ratify a constitution to preserve are sever.We see that the way we mod are server is not stable.We must become a constitutional federal republic with the powers of detaining sprerate to the leaders of are server.We must also instead have a federation instead of a confederation.It will better solve and control from forgain affairs.One example is when In the year 1685, the state of Genoa having offended Louis XIV., endeavored to appease him. He demanded that they should send their Doge, or chief magistrate, accompanied by four of their senators, to france, to ask his pardon and receive his terms. They were obliged to submit to it for the sake of peace. Would he on any occasion either have demanded or have received the like humiliation from Spain, or Britain, or any other powerful nation?-centrist