Your Gadgets May Soon Be Spying on Your Conversations 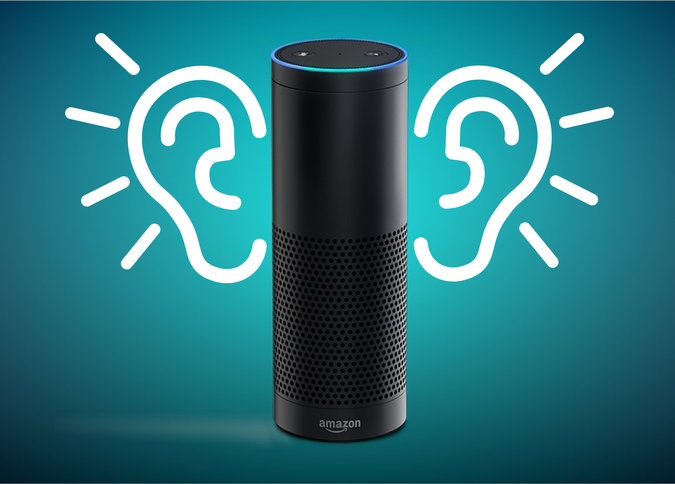 Your Gadgets May Soon Be Spying on Your Conversations published by Evanvinh
Writer Rating: 1.0000
Posted on 2016-03-26
Writer Description: Evanvinh
This writer has written 733 articles.

Are you listening right now? Because your technology may be.

Amazon’s newest product, the Echo personal assistant and speaker, is just the latest in a long line of tech that aims to make our lives easier by responding to voice instead of touch. Probably the best known example is Apple’s Siri, which you can ask to dial your mom, write a text messages and get directions. Google and Microsoft have their own personal assistants, too—Google Now and Cortana, respectively, with the latter being named for the artificial intelligence in the Halo Xbox series.

But Amazon’s Echo, a standalone device that doesn’t rely on a phone to work, is less like Siri or Cortana and more like another Microsoft product—the Xbox Kinect, which hooks up to your home theater system and awaits your every entertainment-related command. Say “Xbox, watch TV,” and boom, on goes your television, cable box, speakers and anything else you might need to enjoy a new episode of The Walking Dead.

While Kinect is at the forefront of Microsoft’s efforts to dominate your entertainment center, Amazon is pitching Echo as a life assistant that can be helpful anywhere in your home: your living room, sure, but also your kitchen, bedroom or even the bathroom. Echo draws power from a wall outlet and gets an Internet connection through your home Wi-Fi network. To activate it, you simply speak a pre-selected “trigger word.” The family in Amazon’s first ad for Echo call it “Alexa,” but Star Trek fans might get a bigger kick out of calling it simply “computer,” though a more rarely-spoken word is probably your best bet to avoid accidental triggers.

Once you say the magic word, Echo can tackle a wide assortment of questions and requests. Amazon’s commercial reveals that Echo knows how tall Mount Rushmore is, it can spell “cantaloupe,” and it can add things to your grocery list. Probably the most helpful use case shown in Amazon’s commercial is Echo as kitchen assistant. It can provide, for instance, the number of teaspoons in a cup without you having to get your flour-covered hands all over your $500 iPad.

Still, always-listening devices like Echo or the Ubi, a similar device that obliterated its fundraising goal on Kickstarter two years ago, come with a certain creep factor. After the Snowden leaks, it’s a big ask of Amazon or any other company for us to put Internet-connected, always-listening microphone in our homes. The 1984 comparisons write themselves, and aren’t totally without precedent. Korean electronics giant LG was accusedlast year of using Internet-connected TVs to collect sensitive data about their owners’ viewing habits. Even if Amazon doesn’t do anything questionable with your Echo interactions, it does store them in the cloud, which, as we saw during the iCloud nude photo leak fiasco, isn’t totally hacker-proof.

Amazon acknowledged potential privacy worries right from Echo’s launch, making it a point for the dad in its family-based announcement video, above, to dispel her daughter’s fears over the device. Amazon also saysEcho only grabs audio when somebody says the wake word (and for a few seconds beforehand, oddly enough). On the pro-transparency side, Echo owners can view, rate and delete any of their audio recordings. And if you’re having a conversation about which you’re particularly paranoid, you can turn off Echo’s microphone with a physical switch on the device, like a high-tech version of commanding your kids to “earmuff it for me.”

For those who can get past their privacy concerns, Echo, Kinect, Ubi and other devices like them promise to move us one step closer to a smart home that’s actually useful. Asking an Internet-connected cylinder to add stuff to the shopping list instead of doing that yourself might seem silly to those of us that would just as soon do the same thing on our smartphones, but there are already viable use cases: The kitchen example, sure, but a blind person could use something like Echo as a smartphone supplement; a grandparent who’s suffered a fall could ask it to call for help; a parent with a sick baby in his or her arms could ask it for medical advice.

Still, the world’s initial reaction to Amazon’s Echo felt muted at best. Echo doesn’t benefit from being packaged with a popular gaming console like Microsoft’s Kinect does, so it’ll have to prove its merits as a product on its own. The only way it’ll do that? If customers ultimately decide Echo’s utility outweighs everything else. If the Echo has an advantage over the Kinect here, it’s that the Kinect not only has a microphone, it’s got an ever-watching camera, too.