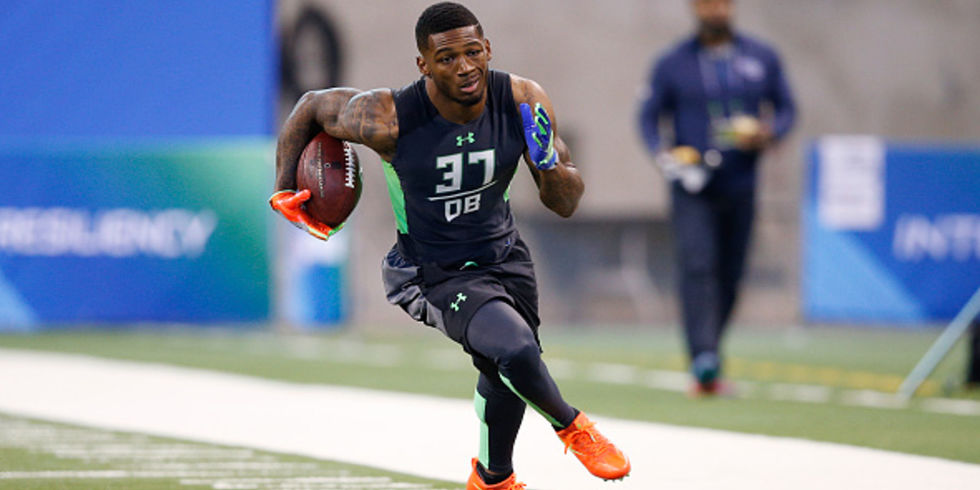 An NFL Prospect Was Asked if He'd Use a Knife or a Gun to Kill Someone published by Evanvinh
Writer Rating: 5.0000
Posted on 2016-03-31
Writer Description: Evanvinh
This writer has written 733 articles.

Team representatives at the NFL combine are notorious for asking draft prospects insane questions, but a recent question directed toward former LSU safety Jalen Mills might take the cake. In an interview with CBS Sports Mills said he was asked, "If you wanted to kill a guy, would you kill him with a gun or a knife?"

Is there even a correct answer to this kind of question? According to Mills, there was an answer that the NFL team rep was looking for. Mills was told, "If you choose the knife, now you're killing for fun." The NFL team rep apparently uses The Dark Knight as reference material.You would hope the sort of insane question posed to Mills is just an outlier. But that might not be the case: Former NFL player Austen Lane was more or less asked the same question when he prepped for the 2010 draft.

Earlier this month, a draft prospect was asked if he liked men. And again, it wasn't the first time a player had been asked this kind of thing. Which brings us to the question: Why is the NFL so invasive in its pre-draft process?

All pro sports teams want to gather hordes of information on potential draftees, and that makes sense because franchises invest a lot in their top picks. But the strangeness of NFL draft culture is on another level compared to other leagues (or at the very least other leagues are better at keeping their embarrassing tactics out of the press).

It's peculiar that the NFL appears so obsessive over its draftees, because in several ways the NFL actually has less incentive to invest in its players than the NBA or MLB do: money is typically not guaranteed in the NFL; NFL career spans continue to shrink; and because there are simply more players on the field in the NFL, other than a few high-profile skill players a single NFL player usually cannot impact a game the way a basketball or even a baseball player can.The draft is still a month away. Plenty of time left for another NFL team to make yet another gaffe.