Ron Paul: Why We Don’t Need the Federal Reserve 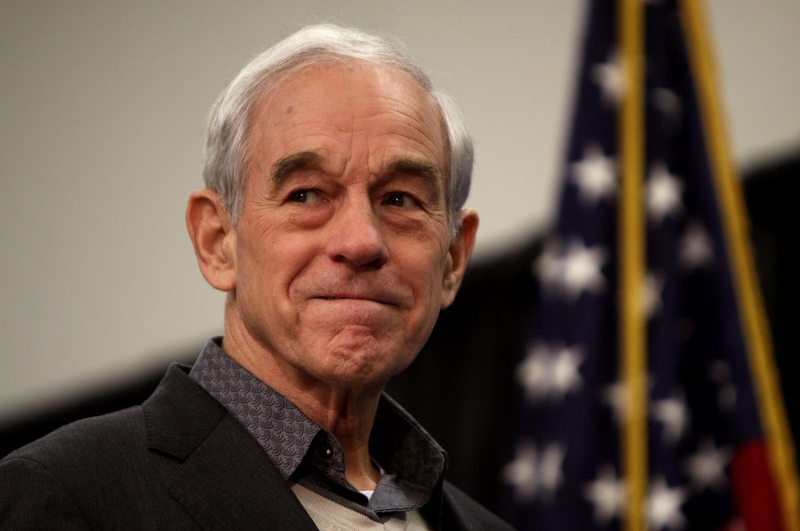 Ron Paul: Why We Don’t Need the Federal Reserve published by The 1st Amender
Writer Rating: 3.0000
Posted on 2016-03-12
Writer Description: Changing the way people think about news.
This writer has written 203 articles.

Stocks rose Wednesday following the Federal Reserve’s announcement of the first interest rate increase since 2006. However, stocks fell just two days later. One reason the positive reaction to the Fed’s announcement did not last long is that the Fed seems to lack confidence in the economy and is unsure what policies it should adopt in the future.

At her Wednesday press conference, Federal Reserve Chair Janet Yellen acknowledged continuing “cyclical weakness” in the job market. She also suggested that future rate increases are likely to be as small, or even smaller, then Wednesday’s. However, she also expressed concerns over increasing inflation, which suggests the Fed may be open to bigger rate increases.

Many investors and those who rely on interest from savings for a substantial part of their income cheered the increase. However, others expressed concern that even this small rate increase will weaken the already fragile job market.

These critics echo the claims of many economists and economic historians who blame past economic crises, including the Great Depression, on ill-timed money tightening by the Fed. While the Federal Reserve is responsible for our boom-bust economy, recessions and depressions are not caused by tight monetary policy. Instead, the real cause of economic crisis is the loose money policies that precede the Fed’s tightening.

When the Fed floods the market with artificially created money, it lowers the interest rates, which are the price of money. As the price of money, interest rates send signals to businesses and investors regarding the wisdom of making certain types of investments. When the rates are artificially lowered by the Fed instead of naturally lowered by the market, businesses and investors receive distorted signals. The result is over-investment in certain sectors of the economy, such as housing.

This creates the temporary illusion of prosperity. However, since the boom is rooted in the Fed’s manipulation of the interest rates, eventually the bubble will burst and the economy will slide into recession. While the Federal Reserve may tighten the money supply before an economic downturn, the tightening is simply a futile attempt to control the inflation resulting from the Fed’s earlier increases in the money supply.

After the bubble inevitably bursts, the Federal Reserve will inevitability try to revive the economy via new money creation, which starts the whole boom-bust cycle all over again. The only way to avoid future crashes is for the Fed to stop creating inflation and bubbles.

Some economists and policy makers claim that the way to stop the Federal Reserve from causing economic chaos is not to end the Fed but to force the Fed to adopt a “rules-based” monetary policy. Adopting rules-based monetary policy may seem like an improvement, but, because it still allows a secretive central bank to manipulate the money supply, it will still result in Fed-created booms and busts.

The only way to restore economic stability and avoid a major economic crisis is to end the Fed, or at least allow Americans to use alternative currencies. Fortunately, more Americans than ever are studying Austrian economics and working to change our monetary system.

Thanks to the efforts of this growing anti-Fed movement, Audit the Fed had twice passed the House of Representatives, and the Senate is scheduled to vote on it on January 12. Auditing the Fed, so the American people can finally learn the full truth about the Fed’s operations, is an important first step in restoring a sound monetary policy. Hopefully, the Senate will take that step and pass Audit the Fed in January.

This column was published by the Ron Paul Institute.