A new listing for an unannounced Call of Duty game just appeared on the PlayStation Store: Call of Duty: Infinite Warfare. The listing appears in the "Trending" section when browsing the store from a PlayStation 4, but does not appear to provide any further information about the game.

If accurate, the title of this year's Call of Duty game would be appropriate: Call of Duty: Modern Warfare developer Infinity Ward is at the helm.

New Call of Duty games are typically announced — or leaked — in late April or early March. Activision hasn't said much about this year's entry, but has described the game as a "new innovative Call of Duty title."

We've reached out to publisher Activision about Call of Duty: Infinite Warfare. We'll update if the company provides any confirmation. 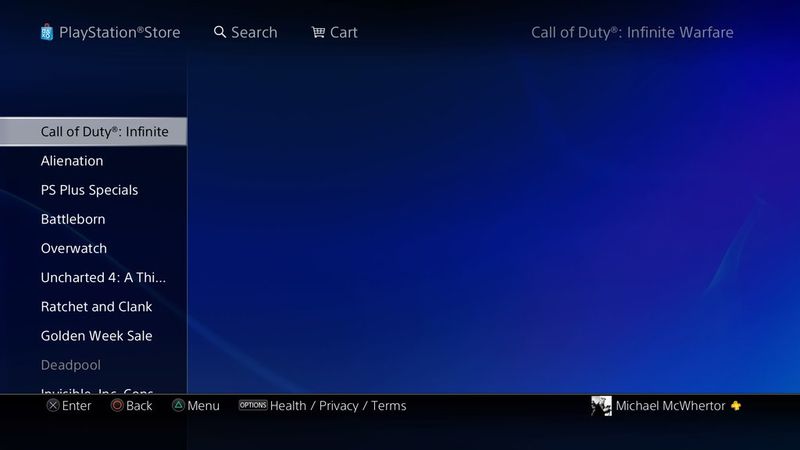