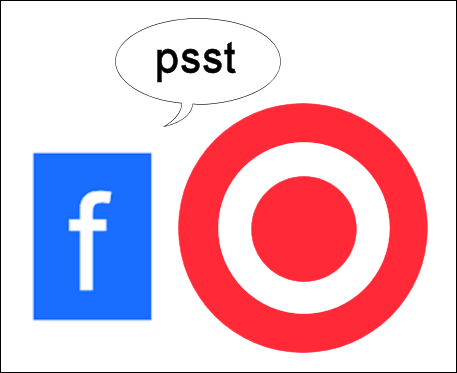 Could FaceBook Have Caused Target's Multi-Billion Dollar Loss? published by Matthiola Longipetala
Writer Rating: 0
Posted on 2016-05-19
Writer Description: I have no idea what I'll be writing about. :)
This writer has written 1 articles.

Recently, a number of former FaceBook employees, now whistle-blowers, revealed to Gizmodo that FaceBook's news curators suppress some content and cause others to appear popular or trending. FaceBook is accused of promoting liberal and 'social justice' causes (of which the "gender identity" movement is part of) while suppressing some of the politics and posts they don't agree with, such as Conservative posts and news.

Target, the department store, recently lost billions of dollars when their stocks plummetted after a policy change. The policy change was that they now allow people to use whichever bathrooms and change rooms they feel like. Any man who says he 'feels' like a woman today can now go into the women's bathrooms and change rooms, and women can go into the men's bathrooms and change rooms. Naturally, the public has freaked out about this. Especially parents and women. Target, however, thinks that they are doing a social justice act in the name of "gender identity" and fighting "transphobia". They probably also believe that a lot of people out there want this to happen. Have posts promoting mixed-sex facilities been artificially promoted as trending?

"Gender identity" is how one feels about society's gender roles in regards to the sex organs one was born with. FaceBook considers there to be 56 different "gender identities" and has probably made the whole "gender identity" movement trend huge if the allegations are true.

So, here's the thing. Marketing departments look at trends. They look at major social media companies such as FaceBook to see what the people out there want. It's a company's business to appeal to their customers. Their income depends on getting that right.

What if FaceBook's manipulation of what topics were trending caused companies like Target to being misled and to think they needed to fix their bathrooms so as to not be bigots and "transphobes"?

Target lost a huge amount of money by catering to the "gender identity" trend. Could FaceBook's manipulations of what topics trend be responsible for this? If they had not censored out opposing views, and if they had not artificially caused certain topics to trend, perhaps companies like Target have realized that very few people actually want to use mixed sex changing rooms and bathrooms.

The whole idea of "gender identity" is preposterous. For a long time now, people in the western world have had the freedom to do whatever gender role activities and behaviors they want. No one stops a man from wearing a dress or cooking dinner, and no one stops a woman from wearing men's clothing or fixing cars. Bathrooms and changing rooms however, are biology based and have nothing to do with society's gender roles or which roles a person prefers. It IS reasonable for a man in a dress to demand not to get picked on when using the men's room, but it's NOT reasonable for him to demand entry to women's bathrooms and changing rooms. The public seems to agree with this and Target is losing money.

Perhaps Target should take a look at the market research they did BEFORE their gender policy change. Were FaceBook trends a factor?

FaceBook has admitted manipulating what posts people see in the past. One of FaceBook's nastier social manipulations was a study published in 2013. In it, FaceBook revealed that for many years, they experimented on their users. They made one group of people see a lot of happy, positive posts, and the other group received content heavy on negative posts. They then looked at whether people's own posts became positive or negative. The results showed that it did indeed cause people's moods to turn either positive or negative.

The study was very unethical. And, since FaceBook intentionally caused a huge group of people's moods to become negative with their experiment, it could be that FaceBook is responsible for a great deal of emotional misery.

FaceBook does not provide what they say they're providing. People think they are signing up to see all of the posts by the people and news sites they follow, and they think they are viewing popular, trending topics, but instead, what they get is censored. It's manipulated for emotional reaction, and to influence politics.