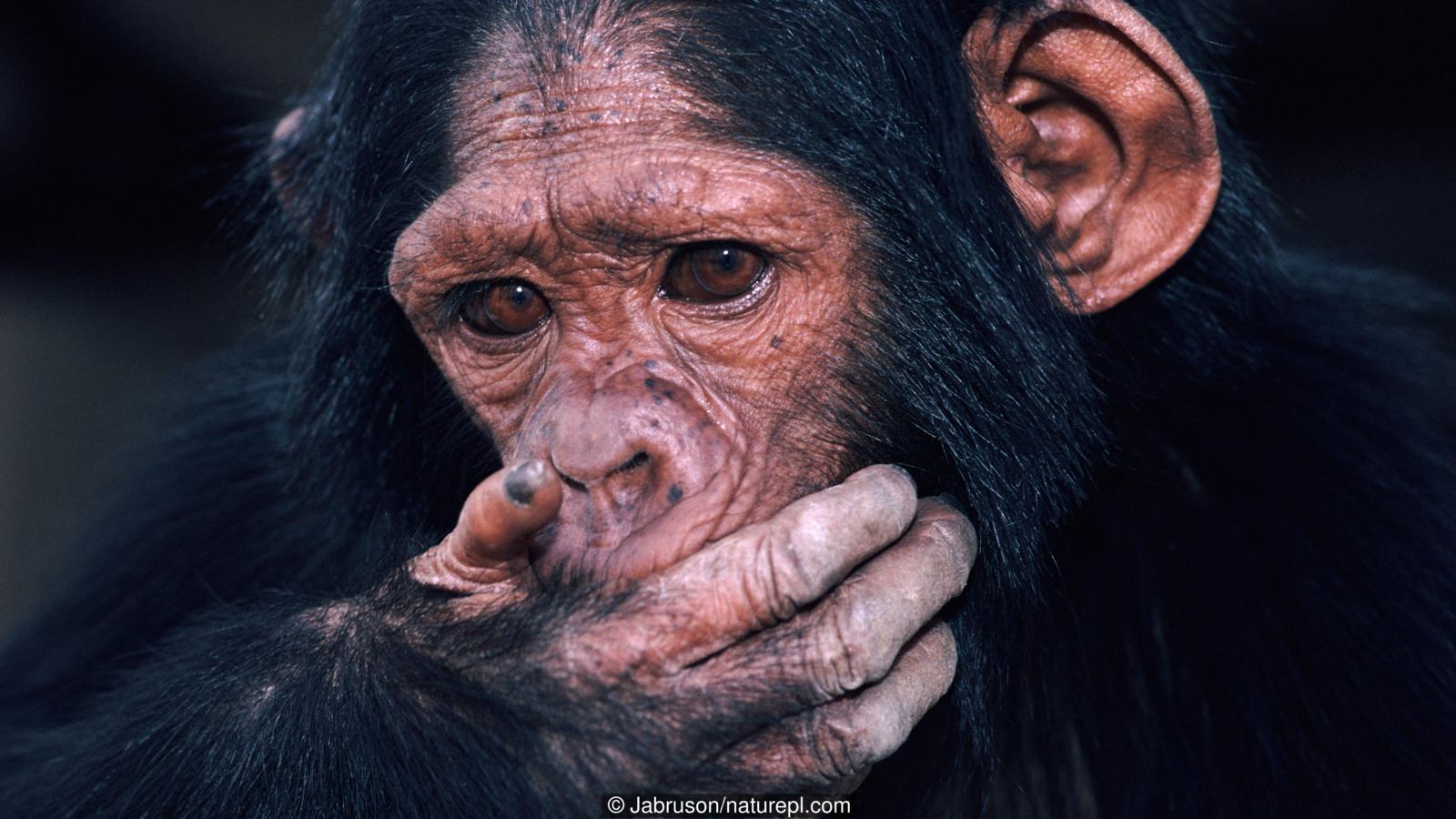 A unique, remarkable and intimate film may change the way we think about animals, and their ability to feel grief.

The newly-published film captures the solemn reactions of a group of chimpanzees who discover the dead body of a friend.

For 20 minutes, the chimpanzees quietly gather around their friend, despite offers of food to tempt them away. They gently touch and sniff his body, with chimps who were closer friends with the deceased appearing to be the most upset.

An older female chimp then attends to the dead ape, tenderly attempting to clean his teeth with a stem of grass.

Excerpts of the film can be viewed above.

The incident occurred at the Chimfunshi Wildlife Orphanage Trust in the Copperbelt region of northwestern Zambia.

Chimps living here had been either rescued from the illegal wildlife trade years earlier, or born into the community since.

The ape that died was a 9-year-old chimpanzee known to human observers as Thomas.

He lived in a group of 43 chimpanzees, in a large outdoor enclosure full of dense forest.

Thomas was a highly social and gregarious member of his troop.

Having lost his own mother when he was five-years-old, he had developed a particular friendship with another older male called Pan.

The two of them used to spend a lot of time together, often greeting, provoking and playing with other passing chimps.

Tests later conducted on Thomas’s body suggest he died from viral and bacterial infections that made it difficult for him to breathe.

When the troop of chimpanzees discovered Thomas, Pan is recorded on film acting unusually, repeatedly visiting and defending the body of his friend.

Dr van Leeuwen studies at St. Andrews University in Scotland, UK, the Max Planck Institute for Psycholinguistics, in Nijmegen, The Netherlands and at the Chimfunshi Wildlife Orphanage Trust.

He and colleagues from the chimp orphanage published their video and research of the incident in the American Journal of Primatology.

“It seems to be the most detailed and informative video out there,” says Dr van Leeuwen.

He and colleagues shot the film after discovering Thomas’s body lying close to a fence at the edge of the large enclosure, which is so big the chimpanzees inside often can’t be spotted.

But the troop soon emerged to discover Thomas’s body in front of the researchers watching from the other side of the fence.

It is clear the chimpanzees were aware something was wrong, and they gathered next to Thomas, lying on his back.

What surprised the researchers most was the way the chimps sat quietly around their deceased friend for long periods.

“Chimps never do that in other contexts,” says Dr van Leeuwen. “There is always something going on.”

Usually, they will groom, play or eat with each other, vocalise, and, on occasion, be aggressive. But 22 of the chimps came up to look at Thomas, with nine gently touching him, with one, a female named Noel, then touching her own lips.

The chimps didn’t inspect the body and then leave, which also surprised the primatologists, especially as the discovery of Thomas’s body coincided with feeding time, when the apes could hear food being put out on the other side of the enclosure by orphanage staff.

After more than 17 minutes, the dominant female of the group, a chimp called Violet, slapped Thomas’s body.

“Her behaviour is not so striking, she could have done the same in other contexts,” explains Dr van Leeuwen. Or it may have been a way for Violet to check on Thomas’s condition, to see if he was capable of reacting.