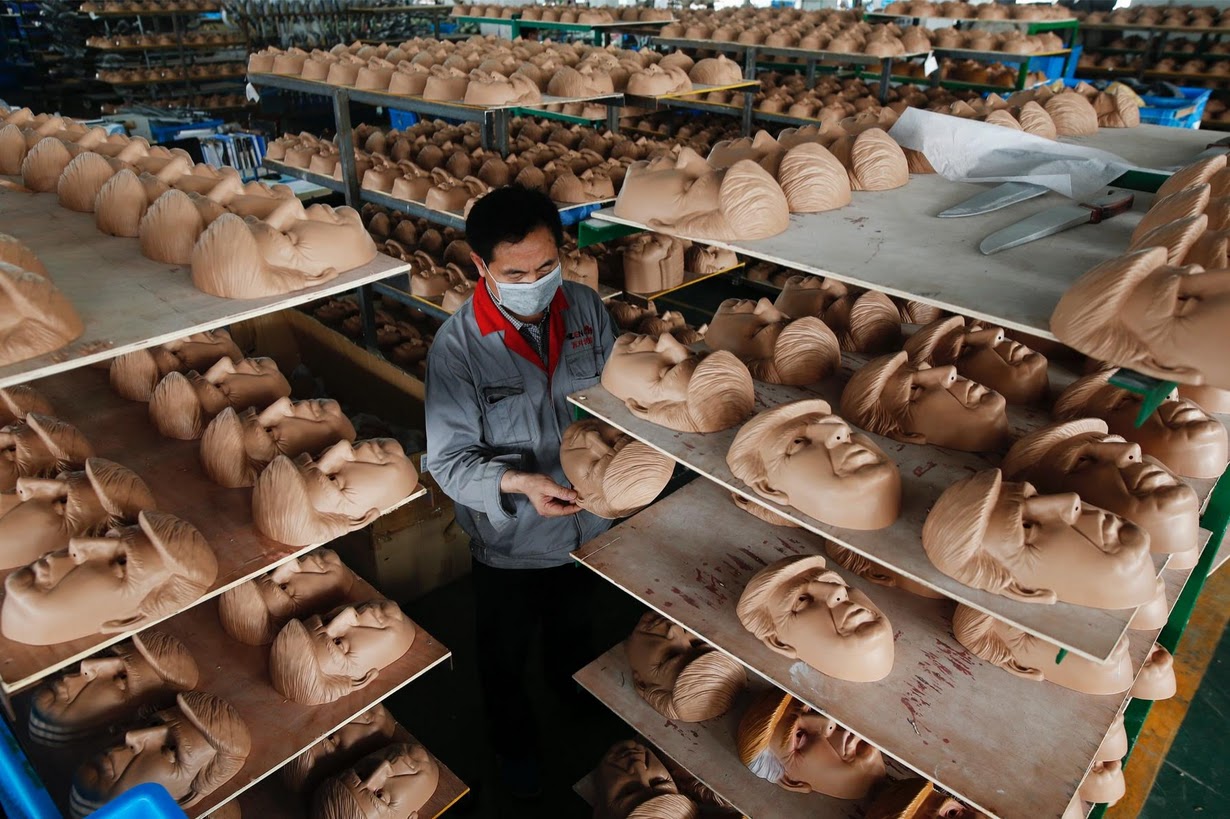 There's no masking the facts. One Chinese factory is expecting Donald Trump to beat his likely U.S. presidential rival Hilary Clinton in the popularity stakes.

At the Jinhua Partytime Latex Art and Crafts Factory, a Halloween and party supply business that produces thousands of rubber and plastic masks of everyone from Osama Bin Laden to Spiderman, masks of Donald Trump and Democratic frontrunner Hillary Clinton faces are being churned out.

Sales of the two expected presidential candidates are at about half a million each but the factory management believes Trump will eventually run out the winner.

"Even though the sales are more or less the same, I think in 2016 this mask will completely sell out," said factory manager Jacky Chen, indicating a Trump mask.

The firm was already beginning to stockpile the de facto Republican candidate's mask, he said.

Just like with the sales of the $4-$5 masks, Trump is now running nearly even with Democrat Hillary Clinton among likely U.S. voters ahead of the November election, a Reuters/Ipsos poll from May 11 showed.

That is a big turnaround for the real estate billionaire once considered a fringe figure in the race, but now the Republican party's presumptive presidential nominee.

Trump has been less than positive in his comments about China, asserting that the world's number two economy had waged "economic war" against the United States, and used crafty business practices to steal American jobs.

China has largely refrained from responding to Trump's barbs, but Finance Minister Lou Jiwei described him as "an irrational type" in an interview in April.

Such issues are far removed from the Trump mask production line at the factory in Zhejiang province, south of Shanghai.