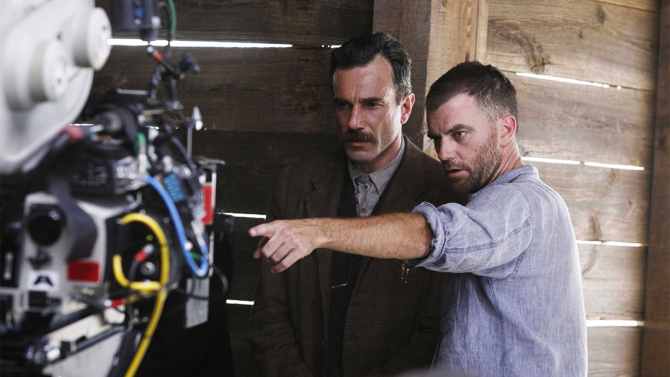 Daniel Day-Lewis and Paul Thomas Anderson may be assembling a big screen reunion, this time in the world of fashion.

Although no deal is set, sources tell Variety that Day-Lewis is in talks to reunite with Anderson, who directed his Oscar-winning performance in “There Will Be Blood.”

Sources say that Day-Lewis, who hasn’t made a film since “Lincoln” in 2012, has been loosely attached to the project for some time. Anderson is still working on a script while meeting young actresses of Eastern European descent to cast supporting roles.

Megan Ellison’s Annapurna Pictures is producing and financing the untitled project. The film will be set in 1950s New York and revolve around the fashion industry, although the plot is under wraps.

Annapurna most recently worked with PTA on “The Master” and “Inherent Vice.”

Day-Lewis, who won his third Academy Award for his performance in Steven Spielberg’s “Lincoln,” has kept a low-profile the past decade. Prior to “Lincoln,” the thesp took a three-year break after Rob Marshall’s “Nine” in 2009. He filmed PTA’s “There Will Be Blood” before that in 2007.

Anderson most recently directed music videos for Radiohead and Joanna Newsom as well as the documentary “Junun,” which shows the collaboration between Radiohead guitarist Jonny Greenwood and composer Shye Ben Tzur. Greenwood is also the composer of Anderson’s last three films.

No studio is currently attached to the project.